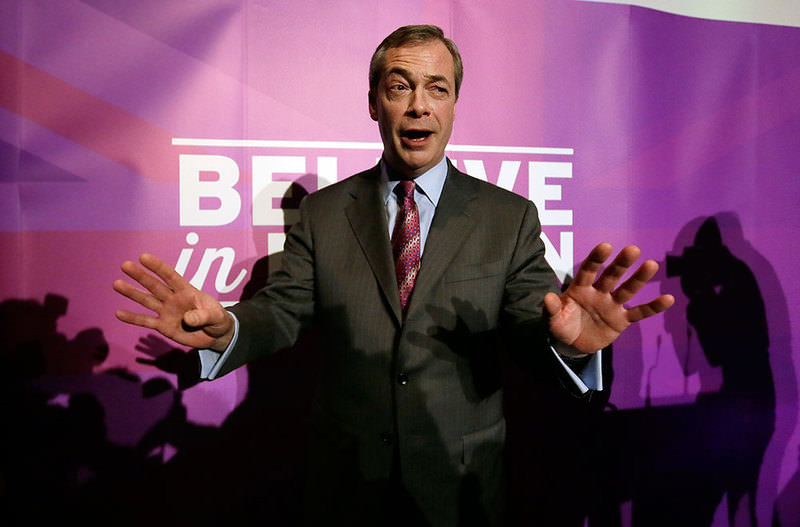 by May 11, 2015 12:00 am
Nigel Farage, the leader of Britain's anti-EU UK Independence Party, on Monday withdrew his resignation after tendering it last week over his failure to win a seat in the British parliament.

UKIP, which wants Britain to withdraw from the European Union, won just one seat in a national election last week, despite talking up its chances of doing much better after winning European elections in Britain last year.

Farage, UKIP's best-known politician, stood down on Friday after losing to a candidate from David Cameron's Conservative Party, making good on a promise to resign he made before the election. He said he was a man of his word.

But on Monday the party said he'd been persuaded to stay. "This offer was unanimously rejected by the NEC (National Executive Council) members who produced overwhelmingly evidence that the UKIP membership did not want Nigel to go," UKIP Chairman Steve Crowther said in a statement.

He cited the need to start campaigning for Britain to leave the EU when Cameron holds a referendum on the issue before the end of 2017, saying Farage had been persuaded by the NEC to withdraw his resignation and remain leader of UKIP.

UKIP won about 13 percent of the vote nationally, the best result in the party's history by a large margin. But because of Britain's winner-takes-all voting system that only translated into a single parliamentary seat.