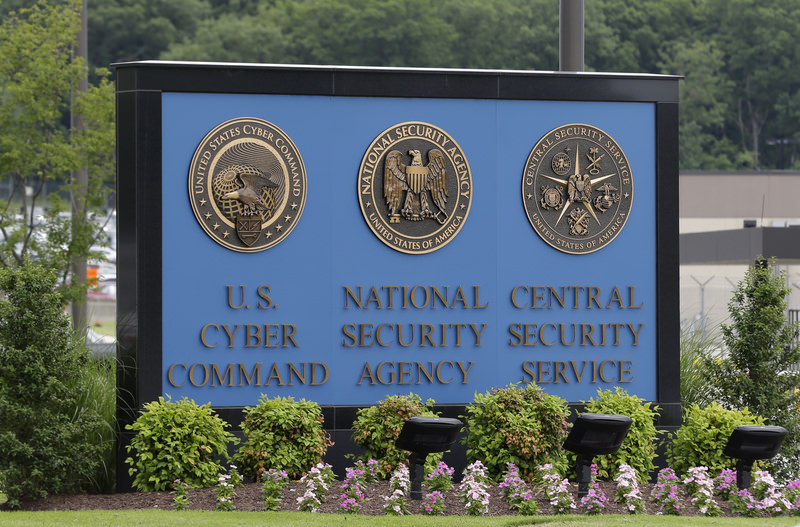 |AP Photo
by May 12, 2015 12:00 am
Germany's The Bundesnachrichtendienst - BND - intelligence agency sends mammouth amounts of phone and text data to the U.S. National Security Agency (NSA) each month, Die Zeit Online has reported, highlighting the scale of spying cooperation which has unleashed a political row here.

Critics have accused Chancellor Angela Merkel's staff of giving the nod to the BND to help the NSA spy on European firms and officials. They also say officials lied about the prospects of a U.S.-German "no-spy deal" before the 2013 election.

Polls show the scandal is starting to hurt popular Merkel whose office is responsible for the oversight of intelligence.

Citing confidential documents, Die Zeit Online reported on Tuesday that of about 220 million pieces of meta data gathered per day, some 1.3 billion pieces per month go to the NSA.

The data includes raw material from phone calls and text messages which shows contact details and times of activity but does not contain content. In particular, it sends raw material on foreign communication in crisis regions, said Zeit Online.

"It is questionable as to whether this practice is covered by German laws," wrote Die Zeit, citing a BND official responsible for data protection.

A spokeswoman for the BND declined to comment on the report. The agency has now halted its Internet surveillance for the NSA, German intelligence sources said last week.

Privacy is a potent issue in Germany due to extensive surveillance by Communist East Germany's Stasi secret police and also by the Gestapo in the Nazi era.

Revelations by former NSA contractor Edward Snowden about widespread espionage in Germany by the United States caused outrage in Germany when they surfaced.

A Forsa poll on Tuesday showed that the opposition Greens, who have led criticism of the government over German spying, had profited from the row, climbing 2 points to 12 percent while Merkel's conservatives dropped 1 point to 41 percent.

That follows an Infratest Dimap poll last week that showed Merkel's approval rating was down five points to 70 percent in the wake of the spying scandal.

Merkel, who argues that Germany has to work with the NSA to fight terrorism, tried on Monday to deflect criticism, saying her staff acted "to the best of their knowledge and in good conscience". Media reports had said Washington never offered Germany a no-spy agreement as Merkel and senior aides had said.