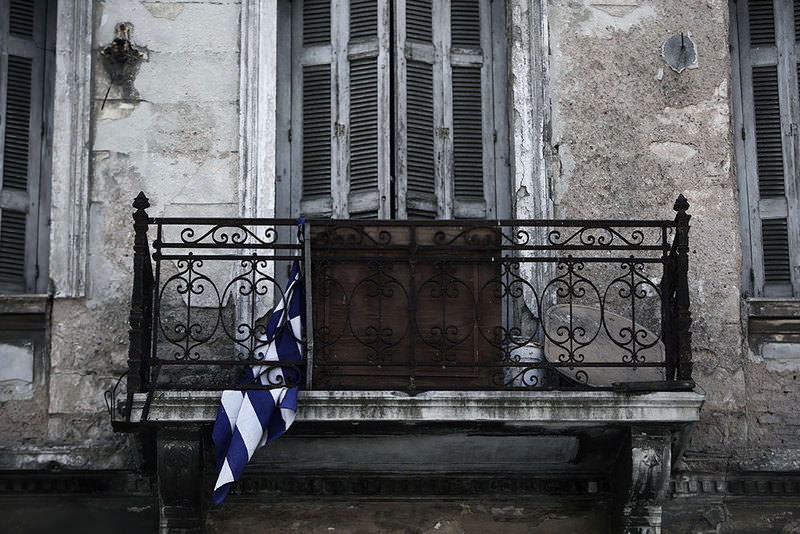 by May 17, 2015 12:00 am
Prime Minister Alexis Tsipras had warned foreign officials that Athens would not be able to pay the 750 million euros ($845 million) due this month to the International Monetary Fund, Greek newspapers said Sunday.

The reports came less than a week after Athens admitted that it tapped into an emergency account to pay back the loan, in order to avoid crashing out of the eurozone.

On May 8, Tsipras wrote to European Commission, IMF and European Central Bank officials to warn them that Greece would be unable to meet its May 12 deadline, unless its creditors agreed to release a final 7.2-billion-euro ($8.2-billion) tranche of its bailout, Kathimerini daily said, citing European officials.
The newspaper also said Tsipras contacted US Treasury Secretary Jack Lew.

But Kathimerini said Greece's creditors saw the warning as a "possible bluff".

Greece won some support in the latest round of debt talks as it battles to keep itself solvent, but eurozone finance ministers have demanded more key reforms before they agree to release the funds.

Scrambling to pay its debt, the Greek government ended up drawing 660 million euros ($750 million) from a special account held at the IMF, and scraping together the rest of the sum just in time.

Tsipras also wanted 1.9 billion euros ($2.2 billion) in profits made by the ECB from Greek bonds purchased in 2010, and 1.2 billion euros ($1.4 billion) Athens claims it unduly paid to the European Financial Stability Facility.

Confirming the reports, Vima weekly said the Greek government warned it did not have the money to pay the IMF back.

The prime minister's office did not comment on the reports.

Billions more in loan repayments are due over the next three months.