Psychiatric patient with Turkish origin, his accomplice on the run in Germany 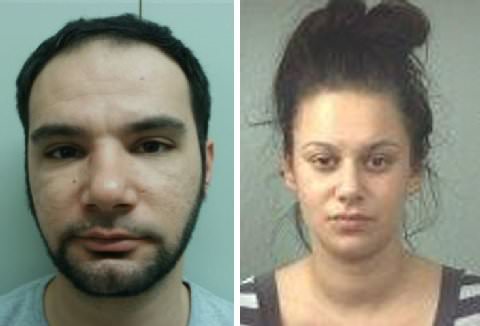 by May 22, 2015 12:00 am
German police were searching for two fugitives in the state of Northrhine-Westphalia on Friday after a woman forced a psychiatric patient's release at gunpoint as he was being taken to see a doctor.

The escape took place on Thursday in the town of Kleve close to the Dutch border as the convict with Turkihs origin, Sırat Ateş was being taken to see the doctor. 22-year-old woman Nadia Lohja approached Ateş and his guards, drew a gun and demanded his release.

The duo then escaped in a stolen car, which they later dumped near the town of Goch.

Ateş - who was being held at a psychiatric hospital in Bedburg-Hau - has a long police record, and the Lohja has convictions as his accomplice, police said.

The police is currently using helicopters and sniffer dogs in a wide-ranging search effort along the 135-kilometre German-Dutch border.
Last Update: May 22, 2015 6:46 pm
RELATED TOPICS