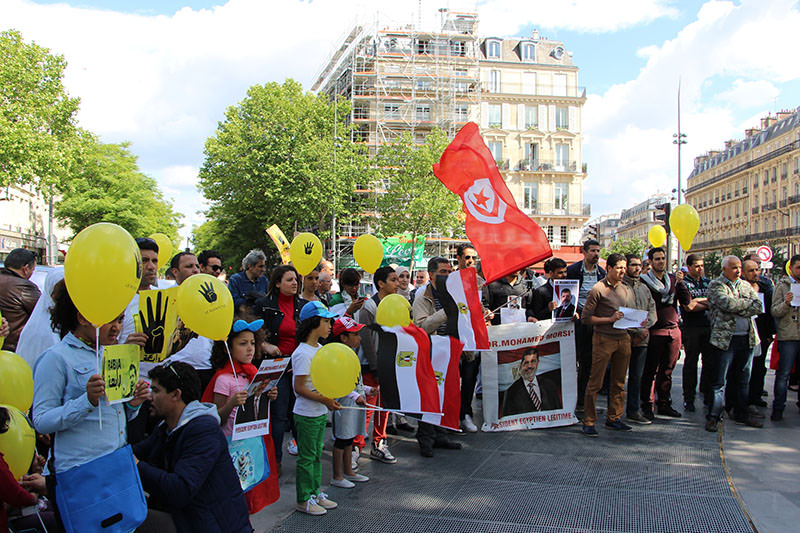 by Anadolu Agency May 24, 2015 12:00 am
Hundreds of people were gathered Saturday in Paris to protest the death sentence pronounced by Egyptian court against the country's first democratically elected president Mohamed Morsi.

After chanting slogans like "Sisi killer" and "Where is Justice/ Media Silent", the protesters called on French President Francois Holland to react to the execution decisions.

The court referred 122 out 166 defendants, including Morsi to the grand mufti to consider death sentences against them over charges of jailbreak and espionage.

Last month, Morsi, who became Egypt's first freely elected president in 2012 after the ousting of President Hosni Mubarak, and 12 co-defendants were sentenced to 20 years in prison for organizing attacks on protesters in 2012.