Putin: Russia must strengthen its position in global arms market 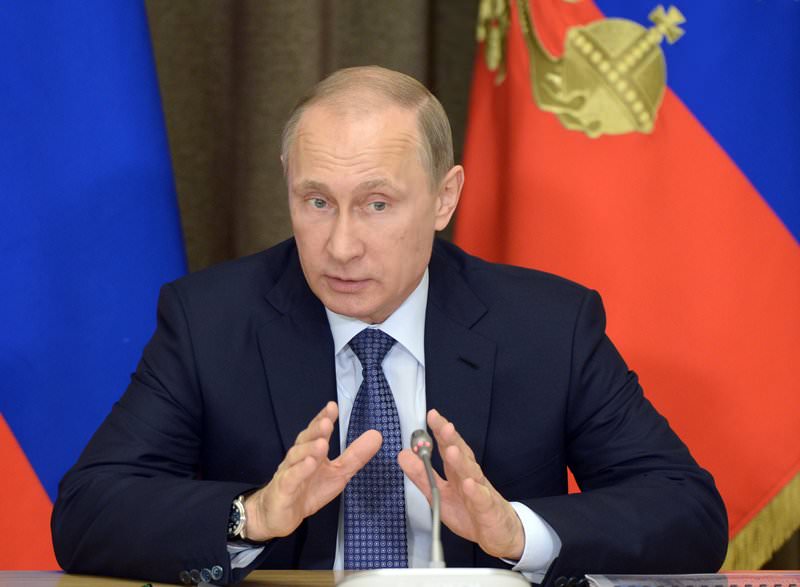 In this May 12, 2015 file photo, Russian President Vladimir Putin speaks at a meeting with representatives of top military brass and defense industries at the Bocharov Ruchei residence in the Black Sea resort of Sochi, Russia (AP Photo)
by Compiled from Wire Services May 25, 2015 12:00 am
Russian President Vladimir Putin said on Monday Russia is currently the world's second largest arms supplier only after the United States and must create a new generation of weapons and strengthen the country's position in the global market, Sputnik News reported.

Speaking at the meeting of the Commission for Military and Technical Cooperation which aims to enhance military technical cooperation with foreign countries, Putin also said the country's arms industry currently stands at over $50 billion and Russia is the world's second largest supplier with 27% after the US which holds 31% of the world market.

Putin said, "We must move forward, create a new generation of military equipment and strengthen Russia's position in the global market," according to Sputnik News.

Adding that Russia sold military equipment to 62 countries and is in cooperation with 91 countries, Putin said they will not confine themselves to the traditional clients, but will enhance the cooperation with the other allies.
Last Update: May 25, 2015 10:40 pm
RELATED TOPICS