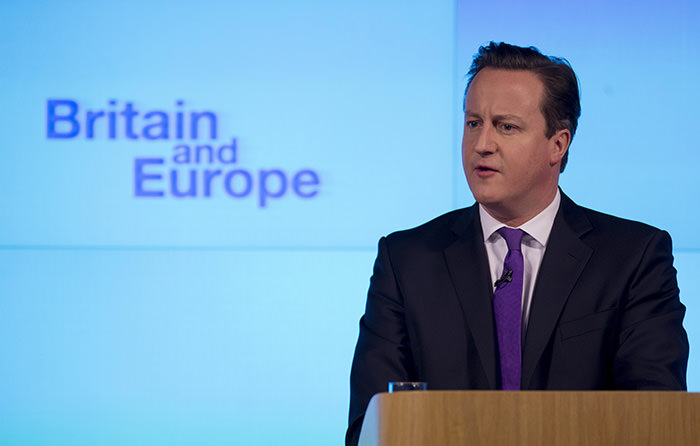 Presiding over Wednesday's state opening of parliament, Great Britain's Queen Elizabeth II opened the new Conservative governments' legislative program without touching on human rights reform. Due to growing controversy over Conservative plans to replace the Human Rights Act with a British bill of rights, British Prime Minister David Cameron had delayed his pledge to scrap the Human Rights Act while limiting a plan to promise proposals rather than legislation that is unlikely to begin until September. The Conservative government's clear rupture with the European Court of Human Rights is a part of Britain's move to leave the European Union.

"The Liberal Democrats worked hard to ensure that the coalition government's agenda had a clear thread of liberalism running through it from the priority we gave to mental health and the green agenda, to creating the pupil premium and protecting our civil liberties," the former Liberal Democrat Party leader, Nick Clegg said, British newspaper The Guardian reported, warning that a new British Bill of Rights and Responsibilities would pose a severe threat to civil liberties. "The human rights we hold dear, our right to privacy in an online age, our future as an open-minded, outward-looking country, is all hanging in the balance again because of the measures being announced by the Conservative government," Clegg said. "[The Liberal Democrat's] parliamentary presence may be reduced in size, but our mission is clearer than ever. As we did in the coalition government, we will fight any attempt to weaken the fundamental rights of our citizens. We will stand up for the poorest and the most vulnerable," he added. After a defeat in the general election, the Liberal Democrats launched a campaign against the Conservatives' proposals for changing Britain's human rights laws. The Conservatives' former coalition partner blocked the attempt to scrap human rights laws. However, after securing a clear majority in British parliament, the Conservatives will very likely abolish the Human Rights Act passed by the Labour government in 1998.

The United Kingdom, an EU member state since 1973, is bound by the EU Charter of Fundamental Rights under the Treaty of Lisbon. Cameron is attempting to reshape the country's position in the European Union while demanding repatriating powers from Brussels. Amid Britain's call for EU reform, primarily on immigration, welfare eligibility and power to refuse further integration, whether or not Britain will stay in the EU depends on EU reforms.

The Queen's Speech, a formal address by Elizabeth on behalf of Cameron's new Conservative party government, included legislation to cap welfare benefits, freeze some taxes for five years and hold a vote on EU membership by the end of 2017. Cameron's EU referendum campaign was severely disrupted by the French-German accord over building greater commitment to create an "ever-closer union."
Last Update: May 28, 2015 5:28 am
RELATED TOPICS