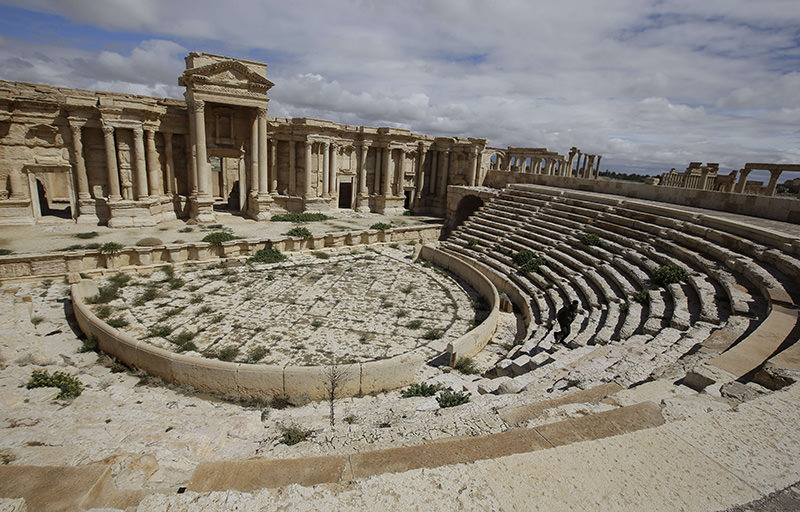 A file picture taken on March 14, 2014 shows a partial view of the theatre at the ancient oasis city of Palmyra, 215 kilometres northeast of Damascus (AFP Photo)
by May 27, 2015 12:00 am
The self-proclaimed Islamic State of Iraq and al-Sham (ISIS) militants shot dead around 20 men inside an ancient amphitheatre in the Syrian city of Palmyra on Wednesday, accusing them of being government supporters, a group monitoring the conflict said.

Reuters was unable to independently confirm the report from the Britain-based Syrian Observatory for Human Rights.

The hardline militants took control of the central city, also known as Tadmur, from government forces last week and have already killed at least 200 people and taken around 600 captive, according to the Observatory.

"They executed around 20 men in the Roman amphitheatre and called people to watch," said the Observatory's Rami Abdulrahman, who cited sources inside the city.