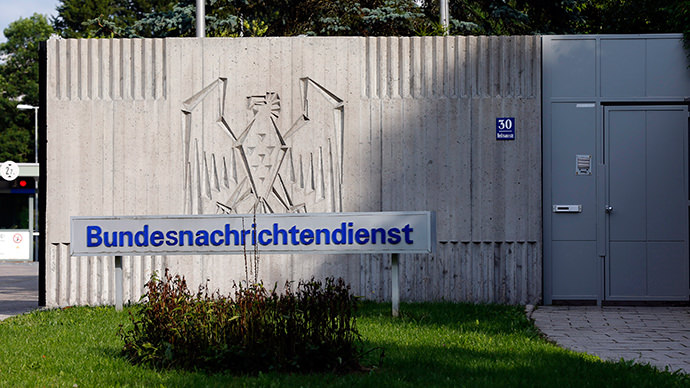 by Anadolu Agency May 28, 2015 12:00 am
German domestic intelligence gave money to al-Qaeda supporters to gain information on the extremist group, a former informant said on Wednesday.

Irfan Peci, an ethnic Bosnian, claimed in his book "The Jihadist: Terror made in Germany" that German domestic intelligence agency BfV has recruited him as an informant in 2009 and allowed him to make donations to members of the terrorist group al-Qaeda to gain confidence for getting more information.

German weekly Stern has published an exclusive story on Peci's confessions on Wednesday and released excerpts from his book in advance of its publication on June 2.

The 26-year-old Peci was an influential figure among extremists and led the Germany branch of the so-called "The Global Islamist Media Front", a propaganda organization associated with Al-Qaeda.

The group published various videos in Arabic, German and English, to recruit young people to al-Qaeda. It also published threats demanding the exit of German soldiers from Afghanistan, who were stationed there as part of the international peace and stability force ISAF.

Peci told Stern that while he was active among the extremists in the years 2009 and 2010 he also worked as an informant and passed on information about terror suspects to the domestic intelligence.

He claimed that in order to gain the confidence of extremist groups, he was given extra money from domestic intelligence and made donations to these groups, through a contact person from al-Qaeda.

"I have asked myself how the two can go together?fighting terror on the one hand?.and on the other hand financing it," Peci told the weekly.

Stern reported that the domestic intelligence supported its informant not only by providing money but also covering up a case against Peci, after he beat up a U.S. soldier in central Berlin in 2010.

Germany's domestic intelligence, or BfV, had long been under criticism for recruiting informants among religious groups or far-right extremists, and ignoring their illegal activities.

German legislation requires not only the domestic intelligence spies but also their informants to abide by the law.

BfV had long recruited dozens of far-right extremists as informants to monitor violent neo-Nazi groups but failed to uncover the murders committed by the shadowy far-right terror cell NSU.

Critics argued that there had been collusion between the intelligence and the neo-Nazi groups, and informants had facilitated this.

The NSU killed at least eight Turkish immigrants, a Greek worker and a German policewoman between 2000 and 2007, all apparently without arousing the suspicions of the German police or its intelligence services.

The German public first learned about the existence of NSU in November 2011, when two members of the group reportedly died in a murder-suicide following an unsuccessful bank robbery.

Until 2011, Germany's police and intelligence service excluded any racial motive for the murders and instead treated immigrant families as suspects in the case and harassed them for alleged connections with mafia groups and drug traffickers.

The domestic intelligence agency BfV has repeatedly denied there have been any relationships between its staff and agents and the NSU murders.
Last Update: May 28, 2015 11:22 pm
RELATED TOPICS