French woman jailed for enslaving and torturing her boyfriend 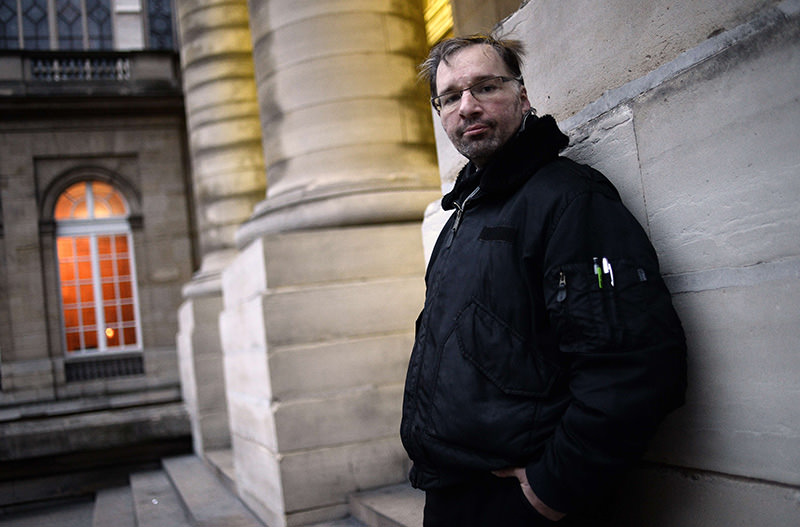 A file photo taken on January 29, 2015 shows Maxime Gaget posing at the Paris courthouse where he appeared for being beaten by his girlfriend (AFP Photo)
by Daily Sabah with AFP
May 29, 2015 12:00 am
A French woman, who abused and enslaved her boyfriend over the course of 15 months, was sentenced to a three-year partially suspended prison on Thursday.

Zakia Medkour, 43, was also ordered to pay 200,000 euros ($217,000) in damages to her ex-boyfriend Maxime Gaget, 37, for crimes which the prosecution said went "beyond violence" with a "female torturer and a male victim".

The pair met online in 2007 and Gaget moved into Medkour's Paris studio - where she lived with her two children - seven months later, according to media reports Friday.

Shortly thereafter, Medkour took her partner's documents, papers and savings while threatening to denounce him as a pedophile if he went to the authorities. According to media reports of the court proceedings, she forced Gaget to sleep on the floor, burned him with cigarettes and knife blades, prevented him from accessing the toilet and blocked his contact with the outside world.

"In the beginning there were feelings and then fear and then shame," Gaget told the court.

"It is hard for a man to admit he is being beaten by a woman. I also stayed to protect the children."

Gaget in February published a book about his experiences called "My Girlfriend. My Torturer" which has helped lift the taboo about domestic abuse against men in France.

In the book, Gaget said he wanted to publicize the fact "that such atrocities exist, and are unfortunately not isolated issues."

An estimated 7,000 men file complaints about domestic abuse each year in France, according to the SOS Hommes Battus (Abused Men) association. Many more are believed to be affected but too ashamed to come forward.
Last Update: May 29, 2015 1:54 pm