by Daily Sabah with EPA 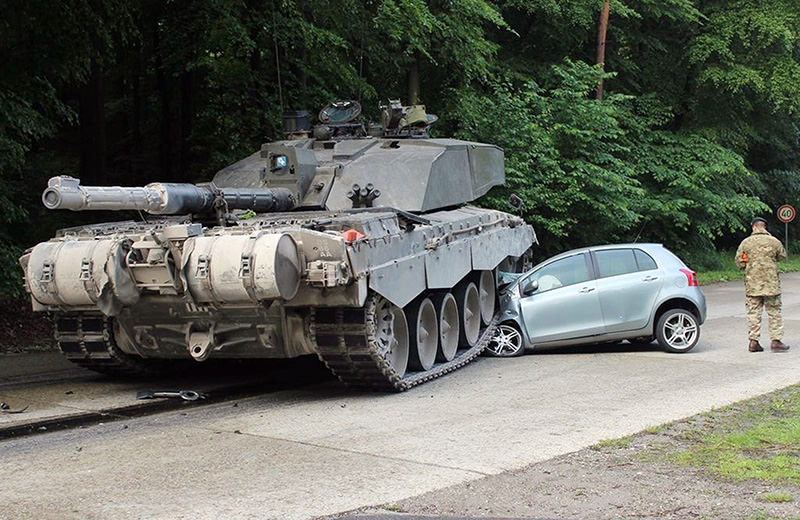 A handout photo provided by the Police department in Lippe district of Germany on June 1, 2015 (EPA Photo)
by Daily Sabah with EPA Jun 02, 2015 12:00 am
A British 'Challenger 2' tank rolled over a car belonging to a German teenager in the small German town of Augustdorf on June 1, 2015.

The driver of the convoy's leading tank, a 24-year old British national, who was not able to stop his vehicle fast enough, hit the car and overran the vehicle's front, crashing the car's engine, but the young female car driver remained luckily unhurt.

The exclusive damage to the car was estimated at about 12,000 euros.

Police reported that an 18-year old female rookie driver from Detmold apparently overlooked a convoy of tanks when she turned left onto the street called "Panzeringstrasse." The street's name, which translates to 'Tank Ring Road' in English, could have given the teenager a clue to watch out for the tanks.

Two British army bases are located near Augustdorf village, at the cities of Herford and Paderborn. Germany and NATO members utilize these bases as military training areas.