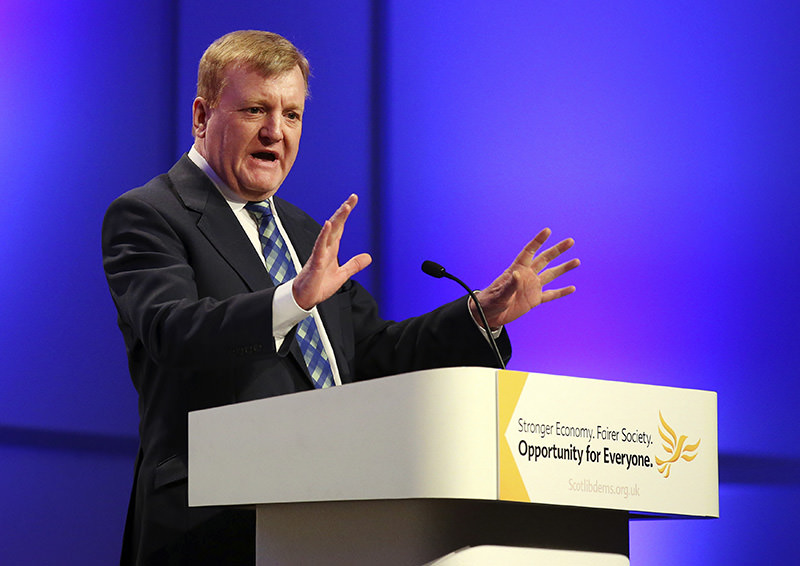 Kennedy, whose party was virtually wiped out at last month's general election after five years in coalition with Prime Minister David Cameron's Conservatives, led the party from 1999 to 2006.

"Charles's untimely death robs Britain of one of the most gifted politicians of his generation," Nick Clegg, former Liberal Democrat leader and deputy prime minister until May's election, said in a statement.

Kennedy, who had a wife and 10-year-old son died on Monday. The cause of his death was not given and the family statement said a post-mortem examination would take place.

Kennedy was first elected to parliament in 1983, when he defeated a government minister to become the youngest member of the parliament at the time. He lost his seat to the Scottish nationalists at last month's election.

In 2005 he took the Liberal Democrats to their most successful election performance in 80 years, but he stepped down as leader in 2006 after receiving treatment for an alcohol problem.

Despite losing his parliamentary seat last month, Kennedy had hoped to be actively engaged in what he called "the great European debate which is now looming". Cameron has promised a referendum on Britain's EU membership by the end of 2017.

"The next few years in politics will come down to a tale of two Unions - the UK and the EU. Despite all the difficult challenges ahead the Liberal Democrat voice must and will be heard," Kennedy wrote after his electoral defeat.