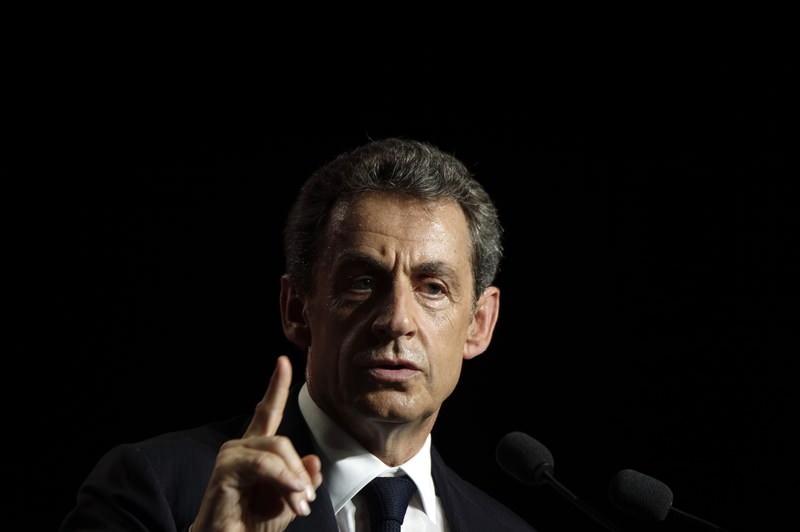 by Daily Sabah with AFP Jun 04, 2015 12:00 am
Nicolas Sarkozy's right-wing opposition party held an internal meeting Thursday on the "question of Islam" in France, which drew criticism from Muslim groups and some members of the party for "stigmatising" the religion.

The former French president's party, recently rebranded "The Republicans", debated "the place of religion" in secular France and more specifically "Islam in France".

One month after the January attacks in Paris that killed 17, Sarkozy said: "The question is not to know what the Republic can do for Islam, but what Islam can do to become the Islam of France."

France is home to Europe's largest Muslim community and also the continent's biggest Jewish community but is officially secular.
Sarkozy insisted on the eve of the closed-door meeting that "one shouldn't run away from debates".

"A country is like a family. You have to talk, you have to work things through," he said.

But Muslim groups said they would not be present at the meeting.

"We can't participate in an initiative like this that stigmatises Muslims," said Abdallah Zekri from the French Muslim Council (CFCM).

The organisation had "come under pressure to attend but will not be going," Zekri told AFP.

It later emerged that four members of the group did in fact attend, sparking an angry response from Zekri.

Another top Muslim group, the Union of Islamic Organisations of France said it had not received an invitation to attend but that it would not take part in "that type of debate".

"To debate with a political group that has just been formed and that starts with Islam makes us a bit uneasy," said its president Amar Lasfar.

He also said the group had not appreciated Sarkozy's comments in which he called for the veil in universities and substitute meals in schools to be banned.

The debate has also divided opinion within the centre-right party, battling to stem the rise of the far-right National Front.

Sociologist Raphael Liogier said Sarkozy "is hunting on National Front ground, but it's not working very well because people always prefer the original to the copy".

The Republicans' vice-president, Nathalie Kosciusko-Morizet, criticised the fact that the new party's first action was to debate Islam -- a "bad idea", she said.

But the organiser of the meeting, MP Henri Guaino, hit back at the "ostriches" in the party, burying their heads in the sand over the issue of Islam in France.