Sanctions on Russia will continue, says US ambassador to UN 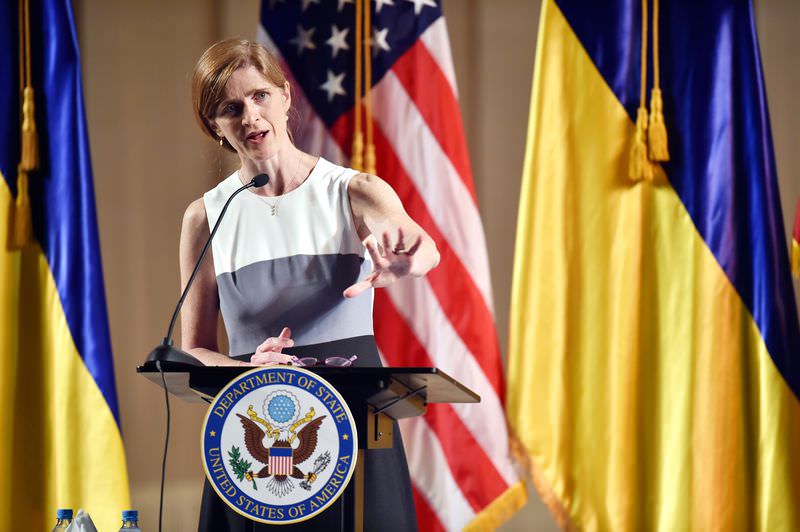 by Daily Sabah with AA Jun 12, 2015 12:00 am
United States ambassador to United Nations (UN) Samantha Power on an official visit to Ukraine warned Russia on Thursday that sanctions would continue should Moscow persist in occupying Ukrainian territories.

Power made these statements at a public speaking event after meeting with Ukrainian President Petro Poroshenko in Ukraine's capital Kiev.

"Sanctions against Russia will continue until Crimea reunites with Ukraine," she said.

Power emphasized that the U.S. would not leave Ukraine alone.

Because of Russia's annexation of Crimea in 2014 and its alleged involvement in a conflict opposing regime forces and pro-Russian separatists, western countries have imposed various sanctions on Moscow, which have hindered its economic development.
Last Update: Jun 12, 2015 1:15 am
RELATED TOPICS