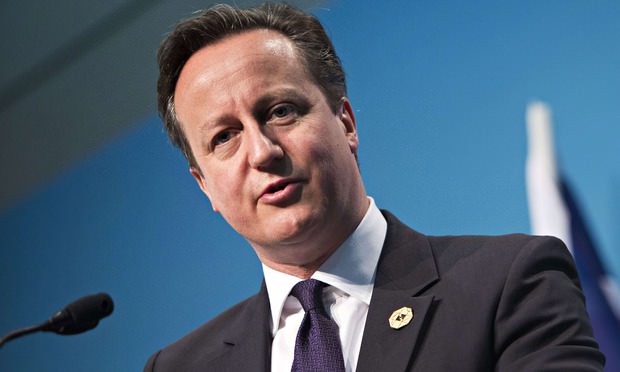 by Jun 15, 2015 12:00 am
British Prime Minister David Cameron will say on Monday that the principles of liberty, justice and democracy enshrined in the Magna Carta underpin his plan to overhaul human rights laws and reduce the influence of Europe.

In a speech marking 800 years since England's King John signed the charter that curbed the powers of the crown and laid the foundation for modern freedoms, Cameron will say the reputation of human rights legislation needs to be restored.

"For centuries (Magna Carta) has been quoted to help promote human rights and alleviate suffering all around the world," he will say, according to a release of his speech.

"But here in Britain, ironically, the place where those ideas were first set out, the name of 'human rights' has sometimes become distorted and devalued.

"It falls on us in this generation to restore the reputation of those rights - and their critical underpinning of our legal system."

Cameron's Conservatives, who won a fresh five-year term in power in Britain's parliamentary election last month, want to scrap the Human Rights Act of 1998 and replace it with a British Bill of Rights that would reduce the influence of the European Court of Human Rights, which is based in France.

"We are very clear about what we want, which is British judges making decisions in British courts," he said this month, adding that he did not rule out leaving the European Convention on Human Rights if he did not get the changes he wanted.

Cameron said he wanted to stop foreign criminals invoking their right under the convention to a family life to avoid deportation from Britain despite repeated offences.

But critics of the plan, including some Conservative lawmakers, say if Britain abandoned the convention it would be weakened in all 47 signatory nations because other governments would be free to ignore it.

Cameron will speak at Runnymede, about 20 miles west of London, in the presence of Queen Elizabeth in the setting where King John agreed to the Magna Carta - Latin for "Great Charter" - after an uprising by his barons.

The document forms the bedrock of Britain's constitutional freedoms and is also the basis for the U.S. Bill of Rights, the U.S. Declaration of Independence and the Universal Declaration of Human Rights. Three of its 63 clauses remain on Britain's statute book.

"Liberty, justice, democracy, the rule of law - we hold these things dear," Cameron will say, according to a copy of his speech.

"And we should hold them even dearer for the fact that they took shape right here, on the banks of the Thames."