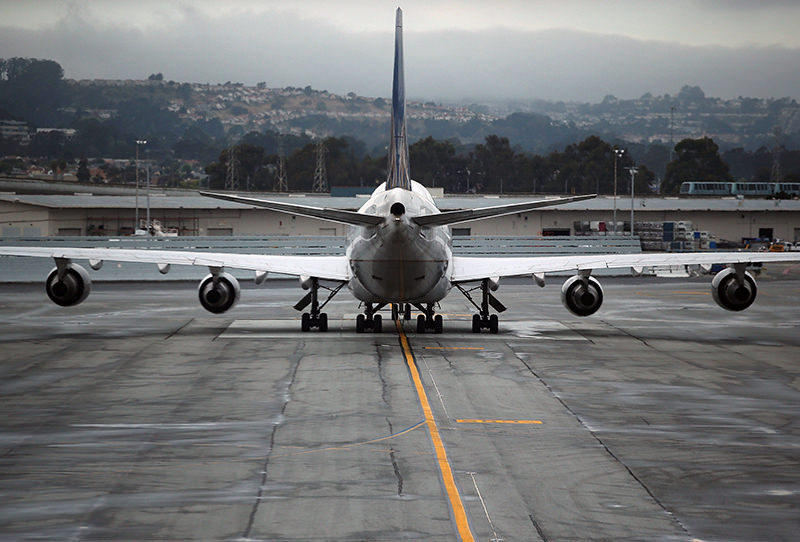 | AFP Photo
by Jun 18, 2015 12:00 am
An Italian couple ran out onto the tarmac of Malta's international airport to stop a Ryanair jet from leaving for Italy without them, a Maltese court heard on Thursday.

Matteo Clementi, 26, and Enrica Apollonio, 23, got stuck in traffic on their way to the airport on Wednesday. By the time they arrived, the gate was closed and they were not allowed on board, Times of Malta reported.

They went to the next gate, forced open a security door, ran to the apron and began signalling to the pilots to let them on the plane. The engines were running and the stairs had been removed.

The two were not allowed on board and were arrested by security staff.

Their defence counsel said Wednesday was Apollonio's 23rd birthday. She had been looking forward to celebrating it with her family "but instead spent it in a cell".