Putin extends countermeasures against the EU for one year 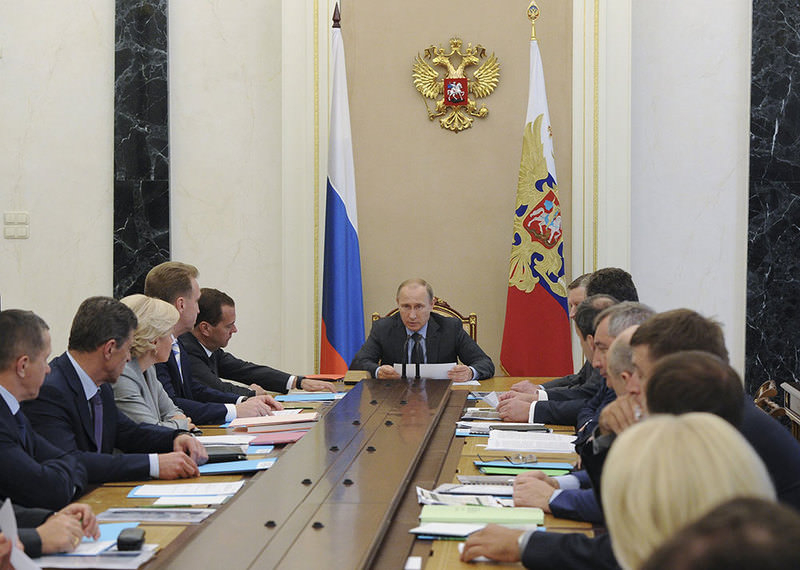 by Jun 24, 2015 12:00 am
Russian President Vladimir Putin on Wednesday extended a ban against most Western food imports for a year after EU foreign ministers agreed to prolong sanctions against Moscow over the Ukraine conflict until January 2016.

"The government turned to me with an appeal to extend the measures," Putin told a government meeting.

"In accordance with this letter today I signed a decree to extend certain special economic measures with a view to ensuring Russia's security," he said in comments released by the Kremlin.

"We are extending our retaliatory measures by one year beginning from today."

Russia had been expected to prolong the ban for six months after EU foreign ministers formally agreed Monday to prolong damaging economic sanctions against Russia until January 2016, to ensure it fully implements Ukraine peace accords.

Prime Minister Dmitry Medvedev on Monday said he would ask Putin to extend the embargo on Western food imports as well as sanctions targeting certain foreign trade transactions by another six months.

Officials led by Putin have previously said the sanctions have proved a boon for Russian domestic industries and have helped boost Russian agriculture.

Moscow has said the EU decision to announce the extension of the anti-Russian sanctions on June 22 -- the day Nazi Germany attacked the Soviet Union in 1941 and is now the official Day of Remembrance and Sorrow in the country -- reeked of cynicism.

Brussels has hit Russia's banking, oil and defense sectors hard and, along with the United States, it has warned more sanctions could follow unless Moscow lives up to its February commitments to withdraw support for the rebels and use its influence with them to implement the peace deal for Ukraine.

Russia retaliated with the embargo on most Western food imports last year.

The conflict in eastern Ukraine between pro-Russian separatists and Kiev has killed over 6,500 people in the past 15 months. Moscow denies sending troops to Ukraine and says any Russians fighting there are volunteers.