Eurozone ministers give a 'short break' to Greece crisis talks 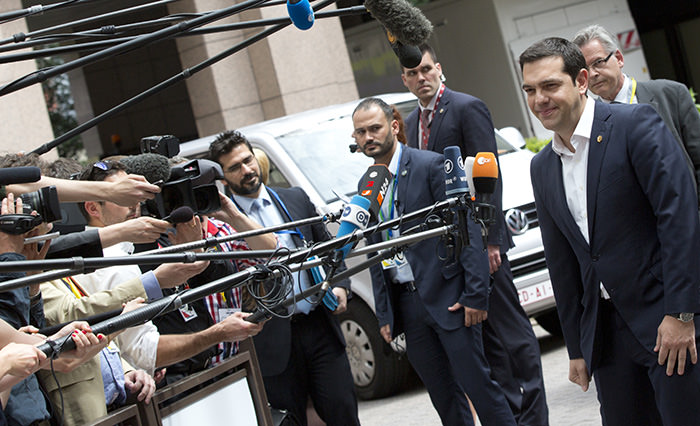 Greek Prime Minister Alexis Tsipras speaks with the media as he arrives for an EU summit in Brussels on Thursday, June 25, 2015 (AP Photo)
by Jun 25, 2015 12:00 am
Eurozone finance ministers have interrupted their discussions on the Greek crisis, and it is not immediately clear when the talks will resume.

One source described it as a "short break." Irish Prime Minister Enda Kenny said the meeting had been "adjourned again."

"There seems to be a complication here about putting credible papers on the table," Kenny said as he arrived for an EU summit.

"I think there is a frustration among the ministers for finance that they don't have figures that they can work off and suggest different proposals that might be better in the interest of growing the economy in Greece and providing jobs for the people in Greece," he added.
Last Update: Jun 25, 2015 5:38 pm
RELATED TOPICS