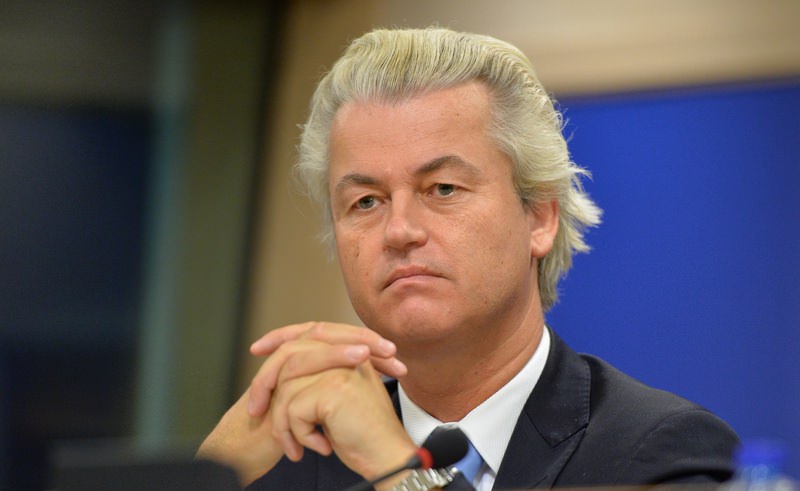 by Daily Sabah Jun 25, 2015 12:00 am
A far-right Dutch politician, known for his Islamophobic background, has aired a new controversial cartoon depicting Prophet Mohammad (Peace Be Upon Him) on a national television in the Netherlands. The cartoon movie is expected to add more fuel to the global anti-Islam fire.

In the nearly three minute video aired on Wednesday, Dutch Member of Parliament Geert Wilders claimed that his act, which comes during the Muslim holy month of Ramadan, was his expression of freedom of speech.

"Islam and terrorists do not want us to expose these cartoons," Wilder says at the beginning of the video. "But terror and violence are not allowed to win of freedom of speech. That's why we have to do what terrorists try to impede us from doing," he added.

The movie was shown on Dutch National TV during programming reserved for political parties in Netherlands.

Four days earlier, Geert had uploaded the same video on YouTube that showed nine caricatures of Prophet Mohammad (PBUH). These were the same drawings that were shown at a conference in the U.S. city of Texas earlier this year.

Prophet Muhammad's (PBUH) depiction is considered highly offensive to the beliefs of the world's nearly 1.6 billion Muslims, who are currently experiencing the most spiritual season of the year, the holy fasting month of Ramadan.

The Dutch Foreign Ministry has said in the past that Wilder's opinion did not represent the Netherland's official position.

It is expected that Wilders would air the same video on national television at least once more on July 3. In May, the Dutch politician had sent a letter to the Dutch parliament requesting that an exhibition of cartoons depicting Prophet Muhammad (PBUH) be shown in the Dutch parliament. His request was rejected.

Two suspects were shot dead on May 3 in the U.S. state of Texas after they opened fire outside a conference at which the cartoons depicting Prophet Muhammad (PBUH) were exhibited. Both gunmen were shot dead by police outside the Curtis Culwell Center, where the exhibition was held. Wilders also gave a keynote speech at the exhibition on that day.
RELATED TOPICS