NATO warns of return to heavy clashes in Ukraine 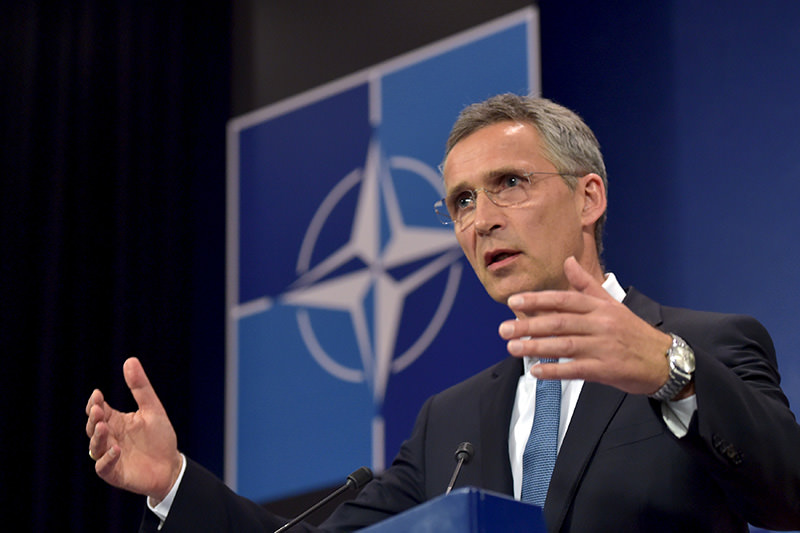 NATO Secretary General Jens Stoltenberg addresses a news conference after a meeting of the North Atlantic Council (NAC) in Defense Ministers session at the NATO headquarters in Brussels, Belgium, June 24, 2015 (Reuters Photo)
by Daily Sabah with Reuters Jun 25, 2015 12:00 am
NATO chief warned of a possibility of a return to heavy clashes in Ukraine on Thursday, but said it would not be useful to declare truce over as it is the best hope for peace.

The Ukrainian military on Tuesday accused pro-Russian rebels of conducting long-range artillery attacks on villages in the east and said one of its serviceman was killed and 12 wounded in clashes in the previous 24 hours.

"The conflict in Ukraine has already cost over 6,000 lives. Ceasefire violations persist. And there is still a risk of a return to heavy fighting," NATO Secretary-General Jens Stoltenberg told a meeting of defence ministers from NATO and Ukraine.

The conflict has caused the worst crisis in East-West relations since the Cold War.

"Russia continues to support the separatists with training, weapons and soldiers. And it has large numbers of forces stationed on its border with Ukraine," he said.

Moscow denies Ukrainian and NATO assertions that it has soldiers fighting in Ukraine.

Stoltenberg said that despite many violations of the February ceasefire, it would "not be useful" to declare the Minsk agreements dead because they were "the best possible foundation for a peaceful solution...

"Without the Minsk agreements I am really afraid that the situation can deteriorate even more," he told a news conference.

Ukraine is not a member of NATO and the U.S.-dominated alliance has not intervened militarily in the conflict.

But it is giving financial help and advice to the Ukrainian armed forces. NATO has now agreed to set up a new fund to help Ukraine with removing mines and countering improvised bombs.
Last Update: Jun 25, 2015 5:04 pm
RELATED TOPICS