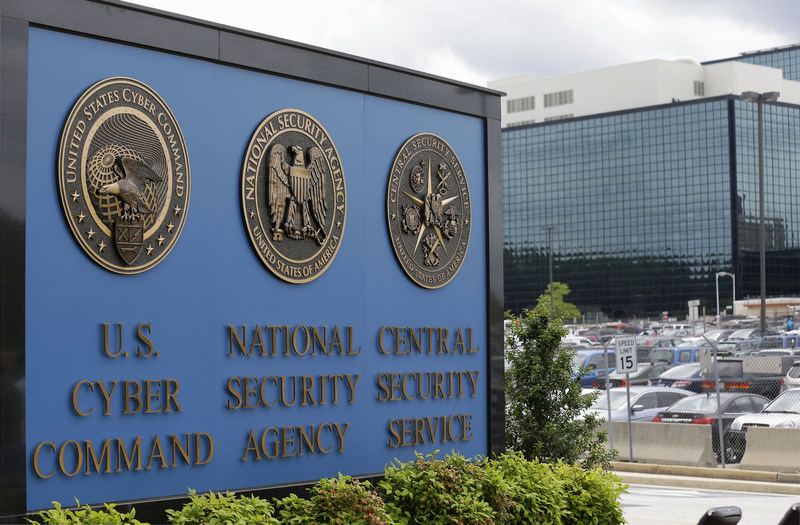 The NSA allegedly spied on its European allies France and Germany for years, according to leaked documents released by WikiLeaks. Germany asked US ambassador for talks over spying scandal

The NSA systematically spied on the communications of European allies for nearly two decades, according to freshly leaked documents released Wednesday by whistle-blowing website WikiLeaks. The classified documents, which WikiLeaks is calling "The Euro Intercepts," showcase a long-term initiative to spy on the communications of German and French economic and government officials, including German Chancellor Angela Merkel's personal assistant. To investigate the allegations over spying , the U.S. ambassador to Berlin was summoned by German authorities.

One document shows that the NSA and its British counterpart snooped on the conversations among German leadership as they dealt with Greece's economic crisis in 2011. "Today's publication further demonstrates that the United States' economic espionage campaign extends to Germany and to key European institutions and issues such as the European Central Bank and the crisis in Greece," WikiLeaks Editor-in-Chief Julian Assange said in a statement.

The site also leaked a list of 69 German government phone numbers that the NSA considered valued targets for interceptions. Some of the officials served in the late 1990s, showing that the program dates back to at least the Bill Clinton administration. The list includes fax numbers, showing that the agency targeted the now-outdated communications technology.

The timing of the leak coincides with the German government's dropping of an investigation into NSA spying on Merkel, as well as a perceived collaboration between Merkel and the agency by many German citizens.

The NSA spied not only on Merkel, but also on government ministries and members of her cabinet, documents released by WikiLeaks revealed Wednesday. The spying targeted high-profile politicians including former Minister of Finance Oscar Lafontaine as well as Vice Chancellor Sigmar Gabriel and Minister of the Environment Barbara Hendricks, who both held different portfolios when the documents were issued. The documents include 69 target telephone numbers including those of the finance, economy and agriculture ministries. Some of the numbers are still currently in use, indicating that the spying could be ongoing. The revelation of spying on Merkel's phone damaged the U.S.-German relationship, but the U.S. later pledged it would not continue to spy on the chancellor. U.S.-German relations were badly strained after fugitive U.S. intelligence contractor Edward Snowden in 2013 revealed widespread U.S. foreign surveillance, although a probe into the alleged tapping of Merkel's mobile phone was dropped last month over a lack of evidence. The White House on Wednesday underscored its close relationship with Germany and said it stood by its past remarks on the spying allegations.

Earlier, NSA allegedly spied on three French presidents, WikiLeaks said in a news release published on Tuesday, citing top secret intelligence reports and technical documents. According to the documents obtained by WikiLeaks and published on Tuesday by the left-aligned French daily Liberation and Mediapart, the NSA spied on three successive French presidents between 2006 and May 2012: Jacques Chirac, Nicolas Sarkozy and François Hollande.

The documents classified as top secret are five analyses of NSA reports, and based on "communication interception." It include summaries of conversations between French government officials on the global financial crisis, the Greek debt crisis, and the relationship between the Hollande administration and the German government under Merkel. According to Liberation, the most recent document dates back to May 22, 2012, and refers to "secret meetings" about a possible exit of Greece from the eurozone.
Last Update: Jul 02, 2015 7:56 pm
RELATED TOPICS