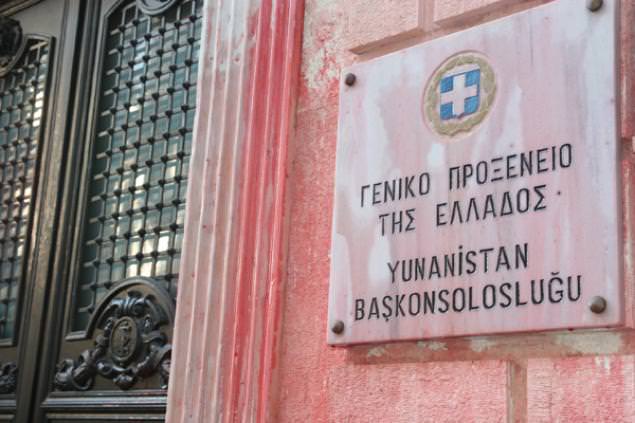 by Daily Sabah Jul 10, 2015 12:00 am
An investigation conducted by Greece's anti-corruption ministry revealed that the officials of the Greek consulate in Istanbul have allegedly issued hundreds of illegal visas and engaged in corruption and criminal activities.

According to the Athens-Macedonian News Agency (AMNA) report, the Minister of State for Combatting Corruption Panayotis Nikoludis ordered that all the assets of the officials who are linked with the alleged corruption to be under control by the ministry and their bank accounts to be freezed if necessary.

The investigation revelead that the illegal activities were conducted by the consulate officials in the period from September, 2011 to October, 2014.

The Greek consulate in Istanbul has recently announced that they will not be able to issue visas to Turkish citizens due to technical errors. The problem was resolved within three days.

The visa problem has deterred several Turkish visitors who were eager to spend their holidays in Greece, an official with the Eastern Macedonia and Thrace Federation of Trade and Industry said.