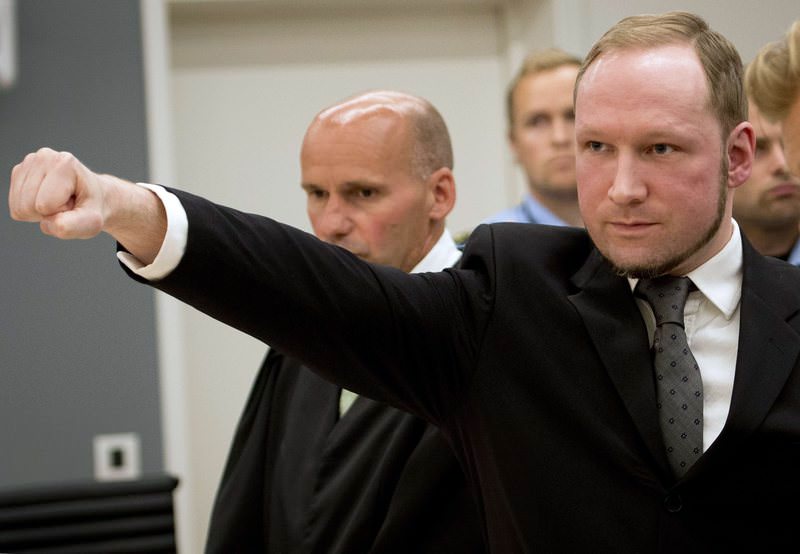 |AFP Photo
by Jul 18, 2015 12:00 am
Norwegian mass murderer Anders Behring Breivik won a place on Friday to study at Oslo University from solitary confinement in prison, despite outrage at his massacre of 77 people four years ago.

"He meets the admission requirements. We stick to our rules and he will be admitted," Oslo University rector Ole Petter Ottersen told Reuters, saying prisoners are eligible to study as long as their academic grades are good enough.

Many were appalled when Breivik, who holds far-right anti-Muslim views and has shown no remorse, applied for the three-year bachelor's course in political science. Some students now at the university survived his attacks, while others had friends or relatives killed.

"I realise there are many feelings involved here. He tried to demolish the system. We have to stay faithful to it," Ottersen said. The course includes study of democracy, human rights and respect for minorities.

Breivik, now 36, planted a bomb on July 22, 2011 in central Oslo that killed eight people and destroyed the government headquarters. He then travelled to an island where the then-ruling Labour Party was holding a summer camp and shot dead 69 people, many of them teenagers.

Under the terms of his sentence, Breivik is held in solitary confinement and will be unable to attend lectures or seminars. All his work will go via prison staff, with no direct contact with professors.

"His study will be carried out exclusively in his own cell," Ottersen said. Breivik has access to books but not the Internet.

Norway will open a "July 22 Centre" next week in Oslo with information and exhibits about the attacks. Some relatives and survivors fear it risks becoming a Breivik "hall of fame".