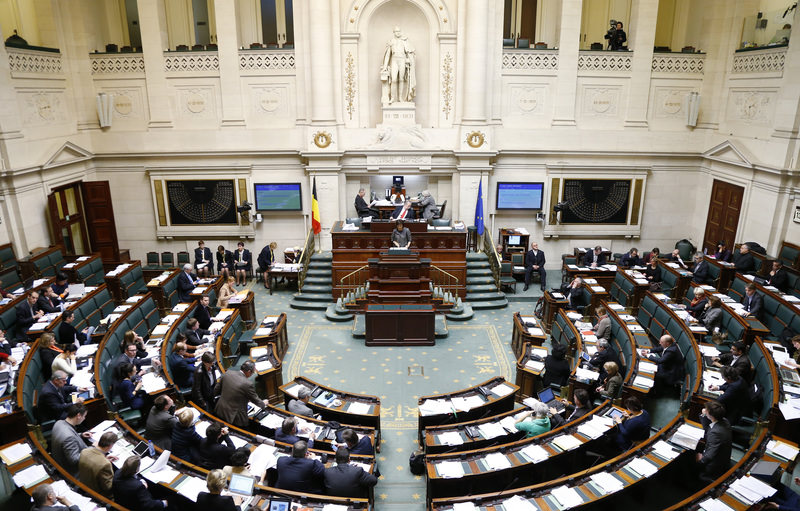 by Emre Başaran Jul 24, 2015 12:00 am
The Belgian Parliament accepted unanimously the resolution late on Thursday regarding the so-called Armenian genocide claims.

The resolution was previously accepted two weeks ago in the Foreign Relations Commission of the Parliament and the draft was accepted by unanimous vote after the amendments were talked over. In the resolution presented in the name of the Belgian Government, the 1915 incidents have been described as "genocide." The newly accepted resolution also states that the "genocide" should not be associated with or correlated to the 'Turkey of today' and Turks living in Belgium.

The resolution also emphasizes that historians should put in more effort to reveal the truths regarding the 1915 incidents.

At the end of May 2015, Belgian deputy of Turkish origin Mahinur Özdemir was expelled from her party Democratic Humanist Centre (CDH) because of her stance on the genocide allegations. CDH's "ethical committee" expelled her from the party because of her decision to reject the so-called "Armenian genocide" claims.

Özdemir also said that CDH secretary-general Eric Poncin demanded that she signed a document that recognizes the deaths of Armenians in 1915 as 'genocide' and added that the secretary-general also said she would be dismissed from the party otherwise. Standing behind her word and views on the matter, Özdemir chose to continue her political life as an independent deputy.