Britain may vote on EU membership in 2016 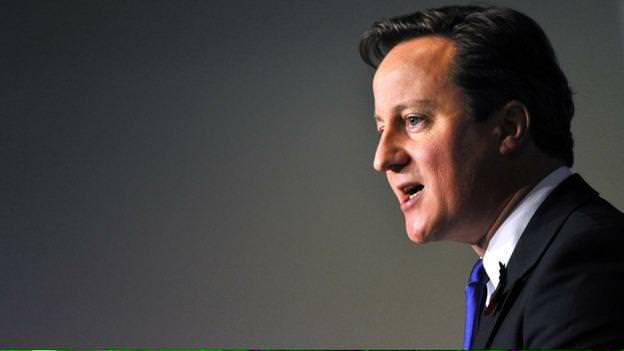 by Jul 26, 2015 12:00 am
British Prime Minister David Cameron has plans to hold a referendum on the country's membership of the European Union by June 2016, the Independent on Sunday reported.

"The Independent on Sunday has learned that Mr Cameron has decided to pencil in June of next year," the newspaper reported, citing an anonymous source.

A Downing Street spokeswoman declined to comment on the report, which said the prime minister would announce the timing of the referendum during the annual Conservative party conference in October.

A comment from the Conservative party was not immediately available.

Cameron has promised to re-negotiate the terms of Britain's membership of the 28-member block before holding a referendum by the end of 2017.

The report comes just days after US President Barack Obama urged Britain to stay in the European Union, cautioning during a BBC interview that remaining in the bloc was necessary to help preserve the nation's global influence.

It also came as Chancellor of the Exchequer George Osborne began a trip to Paris to seek support for reforms to the European Union.

The Conservative government has said it will campaign in favour of remaining in the EU, but is pushing for changes on the ability of EU citizens to claim welfare in Britain, increased powers for London and the ability to opt out of closer political integration.

"The referendum here in Britain is an opportunity to make the case for reform across the EU," Osborne is to say, according to pre-released excerpts of his speech.

"I want to see a new settlement for Europe: one that makes it a more competitive and dynamic continent to ensure it delivers prosperity and security for all of the people within it, not just for those in Britain."

Recent turmoil in Greece that raised the possibility of the country exiting the eurozone influenced the decision to hold an earlier vote, which would stop Britain's referendum becoming a political issue in French and German elections in 2017, the Independent on Sunday reported.

Legislation paving the way for the referendum passed its first hurdle in parliament last month but still needs to be approved by the House of Lords.
Last Update: Jul 26, 2015 9:37 pm
RELATED TOPICS