Cyprus cheese dispute over, EU to register names under Greek and Turkish 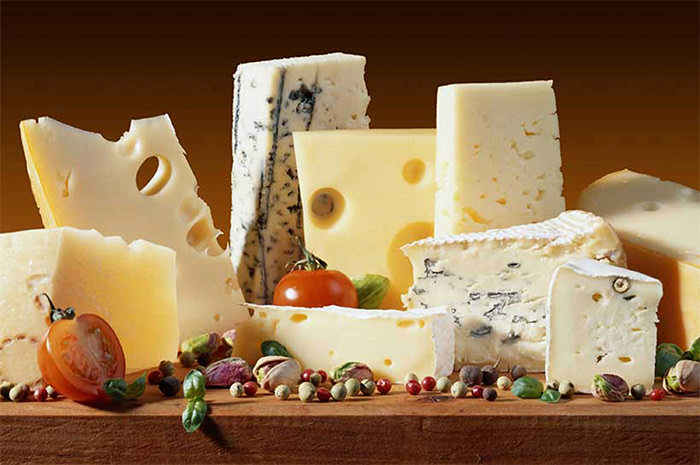 by Anadolu Agency Jul 28, 2015 12:00 am
The dispute between Turkish Cypriots and Greek Cypriots over a special kind of cheese took a step further towards resolution on Tuesday as the EU announced it would recognize the special product under both Greek and Turkish names.

The step is being as seen as a positive move towards the reunification of the divided island of Cyprus.

The European Union said Tuesday that the cheese product would be registered as " [Halloumi]" in Greek and "Hellim" in Turkish as "protected designations of origin" (PDO), a system under which only products originating in a particular region are allowed to be identified by the name linked to that region.

"This step demonstrates the commitment of both communities of Cyprus to work together on projects to unify the whole island," European Commission President Jean-Claude Juncker said in a statement Tuesday.

"Halloumi/Hellim cheese symbolizes the shared heritage of the island of Cyprus. It is a tradition which has linked the communities living here for centuries," the statement added.

The cheese in question is made from a mix of goat and sheep milk that originates from Cyprus, in which it is the most prominent product and a significant value for its economy.

On July 18, Juncker had announced that the Turkish and Greek sides were in agreement over the "protected designation of origin" issue.

Last year, the Greek Cypriot administration applied to the EU for a PDO, causing concern among the Turkish Cypriot producers of its "Hellim" who feared the move would affect their exports.

Reunification talks between the Greek and Turkish communities in the island resumed in May when newly-elected Turkish Cypriot President Mustafa Akıncı met Greek Cypriot leader Nicos Anastasiades in Nicosia's neutral buffer zone after previous negotiations stalled in October in a row over gas exploration.

Among the concessions made since then has been the removal of visa requirements. Now an agreement on cheese can be added to the list.

The island has been divided into Turkish Cypriot government in the northern third and Greek Cypriot administration in the southern two-thirds after a 1974 military coup by Greece was followed by the peace operation of Turkey as a guarantor power in Cyprus.
Last Update: Jul 28, 2015 7:18 pm
RELATED TOPICS