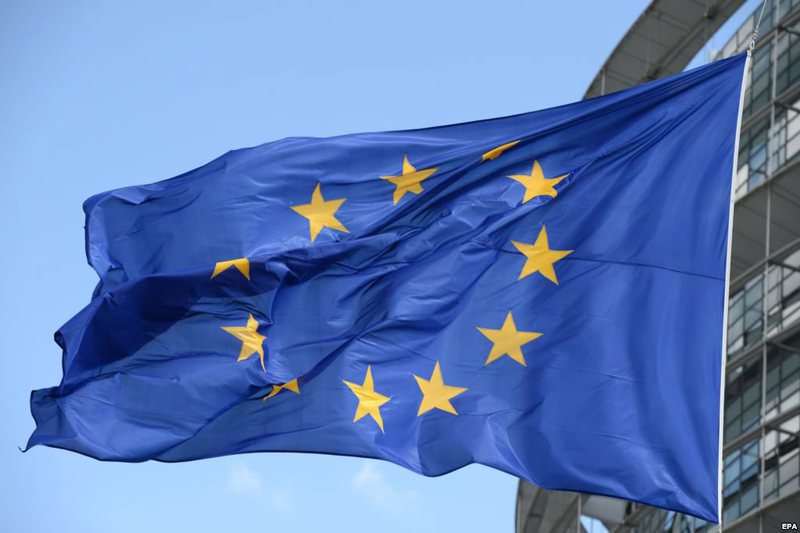 by Anadolu Agency Aug 11, 2015 12:00 am
The European Union condemned PKK's terrorist attacks in Turkey and expressed that it will support Turkey and its people in the fight against terrorism, a European Commision spokeswoman said on Tuesday.

E.U.'s condemnation comes after Turkey's southeastern province of Şırnak was violently attacked by thePKK in which four policemen were killed and another officer was injured on Monday.

The remote-controlled roadside bomb attack occurred in Şırnak, the Governor's Office said in a statement blaming the PKK.

European Commission spokeswoman Maja Kocijancic told Anadolu Agency in a written statement on Tuesday: "We condemn the recent acts of PKK terrorism. The PKK remains on the EU's list of terrorist organisations and EU Member States have also acted robustly against the group."

Turkey has seen an escalation of violence amid tensions between the Turkish army and the PKK.

On Monday, U.S. Consulate in Istanbul was also attacked when a vehicle-borne bomb exploded near the police station. The far-left Revolutionary People's Liberation Party-Front (DHKP-C) claimed responsibility for the attack.

"The EU condemns all acts of terrorism and expresses its solidarity with the Government and the people of Turkey," Kocijancic said. "The recent escalation of violence in the country is of serious concern and must not continue."

Turkish security forces have come under attack across the country since the July 20 Suruç bombing in southeastern Turkey, which killed 32 people. The bombing was believed to be carried out by Daesh.

Since July 24, around 1,600 people have been arrested in counter-terrorism raids.