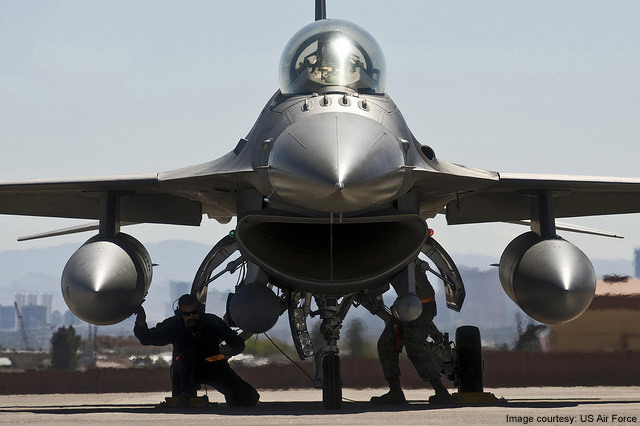 by Aug 11, 2015 12:00 am
A US F-16 fighter jet crashed Tuesday in southern Germany but the pilot parachuted to safety with only minor injuries, police said.

The jet came down around 0730 GMT in a wooded area near the city of Bayreuth in Bavaria state, sparking a forest fire. The reason was not immediately clear.

"The pilot managed to eject with his parachute," a local police spokesman told AFP. "He suffered minor injuries and required medical attention."

"The crash site is in an area that is difficult to reach. Emergency services and the fire brigade are trying to get to it to put out the fire."

The police spokesman said the crash site had been cordoned off as a secure military area.

The jet had taken off from the Spangdahlem Air Base near the western city of Trier, one of about 20 US military bases in Germany.
Last Update: Aug 11, 2015 1:35 pm
RELATED TOPICS