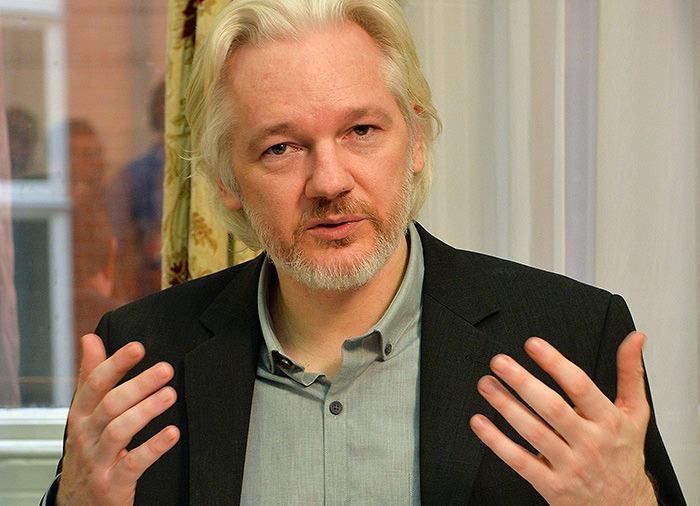 WikiLeaks founder Julian Assange gestures during a press conference inside the Ecuadorian Embassy in London, where Assange has been holed up for two years (AFP Photo)
by Aug 13, 2015 12:00 am
Swedish prosecutors said on Thursday they had dropped investigations into allegations of sexual assault made in 2010 against WikiLeaks founder Julian Assange because they had run out of time to bring charges.

Prosecutors said they would continue with investigations over a further allegation of rape against Assange, also made in 2010.

Assange denies the accusations and has been holed up inside Ecuador's London embassy since June 2012 to avoid extradition to Sweden. Ecuador has granted Assange asylum.

He fears that if Britain extradites him to Sweden he would then be extradited to the United States where he could be tried for one of the largest information leaks in U.S. history after publishing U.S. military and diplomatic documents five years ago.

Prosecutors in Sweden have to bring charges in cases of sexual molestation and unlawful coercion - allegations made against Assange - within five years. They have a further five years to bring any charges over an allegation of rape.