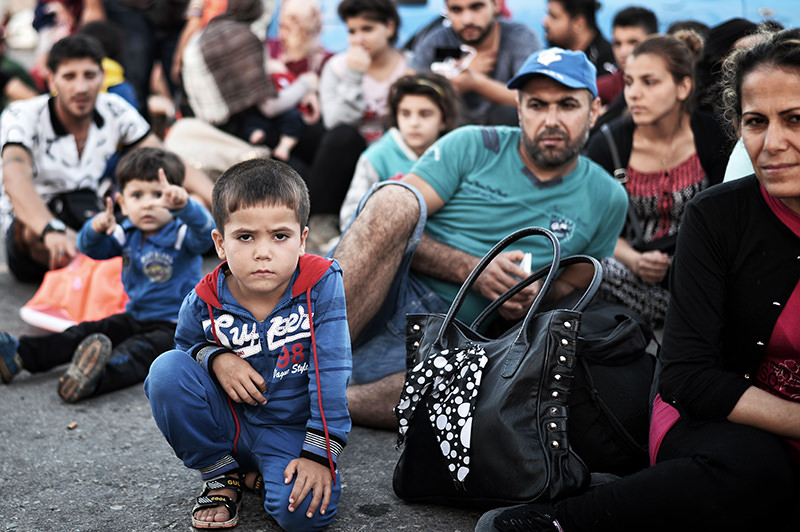 Newly arrived Syrian migrants wait in the port of Kos to be registered on the Eleftherios Venizelos liner on August 17, 2015 (AFP Photo)
by Aug 18, 2015 12:00 am
Greece must show "much more leadership" to tackle an escalating crisis in which 160,000 refugees and migrants have reached its shores so far this year, the United Nations said on Tuesday.

Clashes erupted last week on the overwhelmed Greek island of Kos between desperate people, mainly fleeing conflicts in Syria, Afghanistan and Iraq, who come on small boats from nearby Turkey only to find dire conditions.

"The pace of arrivals have been steadily increasing in recent weeks. More refugees and migrants arrived in Greece during the month of July - 50,242 - than during the whole of last year," William Spindler of the U.N. High Commissioner for Refugees (UNHCR) told a Geneva news briefing.

Hundreds of Syrian refugees on Kos boarded a passenger ship chartered by the government on Sunday that is to house and process them, aiming to ease chaotic conditions onshore, where many are living in tents or cardboard boxes.

The government of Alexis Tsipras is grappling with an economic crisis but has responsibility to do more, and the European Union must also support Athens, the UNHCR said.