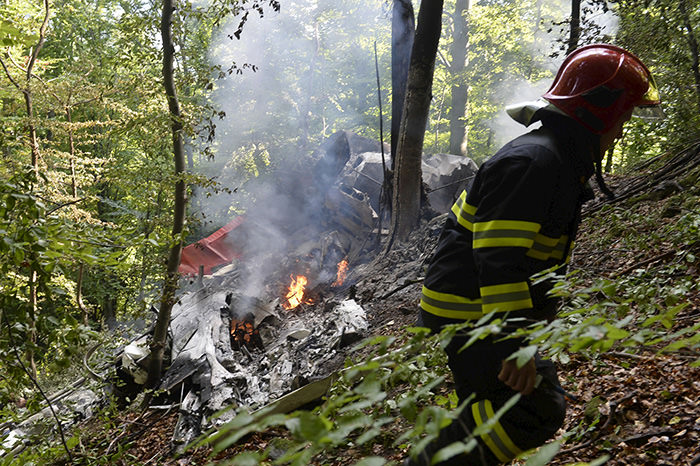 Zuzana Farkasova, a spokeswoman for the Slovak firefighters, said the accident took place Thursday morning about 0830 GMT (2:30 a.m. EDT) near the village of Cerveny Kamen.

Juraj Denes, an official with the Slovak government agency that investigates plane crashes, said according to preliminary information, some 40 people were on board two L-410 planes at the time of the collision, which occurred at an altitude of 1,500 meters (4,921 feet). He said those on board were parachutists.

Denes also said the parachutists from one of the planes survived because they managed to jump out of the plane before the collision.

Andrej Hirjak, a spokesman for the rescuers, says three helicopters are being used by rescue workers to reach the crash site, which was in a hilly area near the border with the Czech Republic. He declined to provide further details.
Last Update: Aug 20, 2015 2:06 pm
RELATED TOPICS