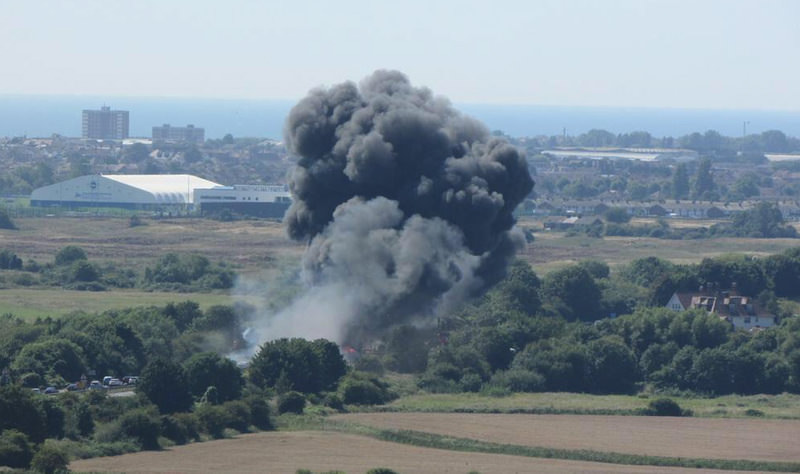 UPDATE #Shoreham Airshow: We still can't tell if the pilot was able to eject. All updates on http://t.co/PEYE8ivUcd pic.twitter.com/hJrWs2TlsJ

At least seven people were killed and 15 were injured in an airshow plane crash on the A27 motorway in Shoreham, in West Sussex in the U.K. on Saturday, emergency services said.

British police say the Hawker Hunter fighter jet participating in the airshow near Brighton, came down on the A27 motorway where it hit several vehicles as it crashed Saturday afternoon.

The Hawker Hunter has crashed at #Shoreham. This is a truly awful scene. pic.twitter.com/MZ1i55qLNA

West Sussex Police said there were "several casualties" and that the highway was closed in both directions. The force did not elaborate on the conditions of those injured.
Last Update: Aug 22, 2015 9:29 pm
RELATED TOPICS