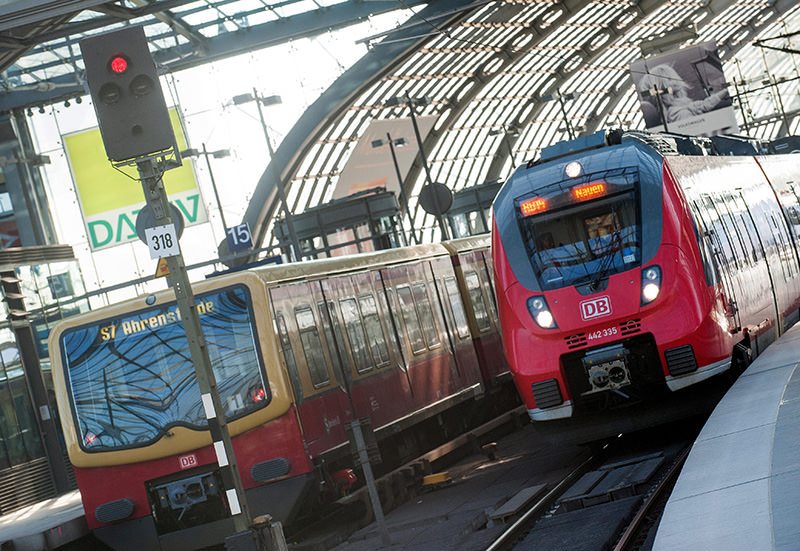 An S-bahn and regional train stand at the main train station in Berlin, Germany, 21 May 2015 (EPA photo).
by Aug 25, 2015 12:00 am
Two drunk right-wing extremists on a Berlin commuter train hurled racial threats at a woman and her two children before one of the attackers urinated on the family, police said Monday.

Witnesses to the assault alerted police, and the men, aged 32 and 37, were arrested at the next station.

They are under investigation for assault, defamation and the display of unconstitutional symbols. They were later released from police custody.

The woman and her children, aged 5 and 15, appeared to be from Eastern Europe, the Tagespiegel newspaper reported. They stayed on the train after the attack Saturday evening and police are now seeking their whereabouts.

The assailants, who shouted "Heil Hitler" at the family, had a previous record of right-wing offences, the newspaper reported.