A ‘loud’ wake-up call for Europe’s migrant crisis: ‘A Minute of Silence’ 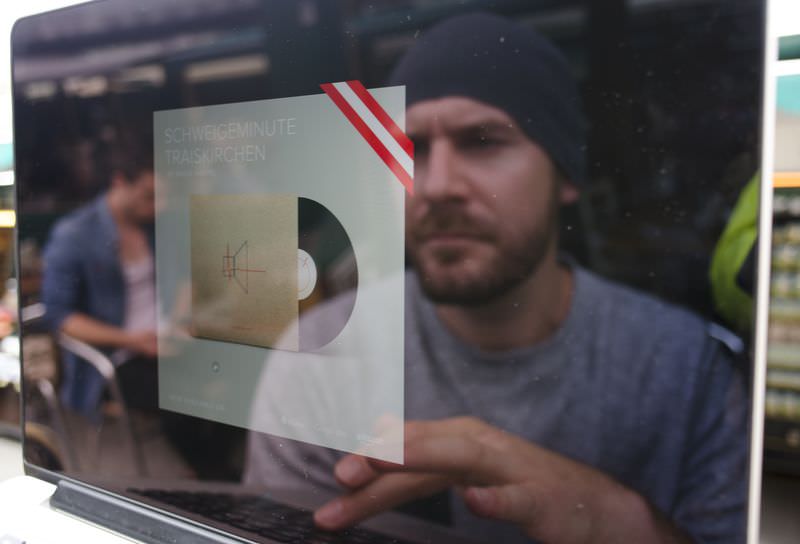 Austrian visual artist Raoul Haspel poses for a picture during his interview with AFP in Vienna on August 20, 2015. (AFP Photo)
by Daily Sabah Aug 26, 2015 12:00 am
An Austrian artist's silent protest 'Scweigeminute' (A Minute of Silence) about the conditions of migrants,on Thursday topped online music charts such as Amazon and iTunes.

The song by Raoul Haspel is a protest against the migrants' "horrible" living conditions in Traiskirchen near Vienna, Austria's largest asylum center.

Haspel said that he hopes this silent song will be a loud wake-up call to "revive social values" in Europe.

All proceeds of the song will go to a local charity in Vienna that provides aid to migrants at the overpopulated Traiskirschen camp.

The song criticizing European and Austrian migrant policies, comes after the Austrian government refused to improve the conditions in migrant camps and stopped new intake of refugees after the UN called the camp 'intolerable and dangerous' in the first week of August.

The human rights group Amnesty International stated on August 5 that nearly 1,500 people were sleeping outside in what it described as a 'shameful' and 'insanitary' migrant camp.

Desperately lacking in medical care, the center was originally built to house 1,800 people, but currently home to double its capacity- 4,000 men, women and children.

The agency also added that Syrians, Kosovans and Afghans were the three largest asylum-seeking groups in Austria in the first half of 2015.