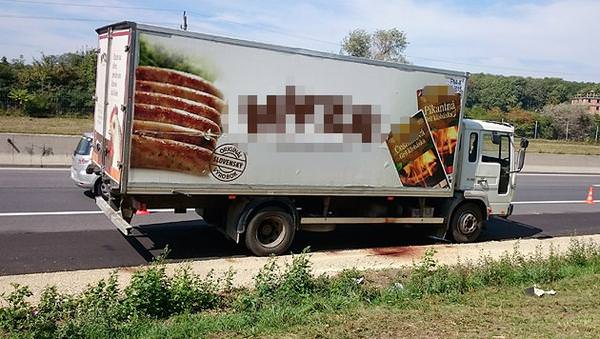 Meanwhile, Austrian police chief has said that four people have been arrested in Hungary and that the people arrested will lead the police to people behind truck deaths.

"At the present time three people are in custody in Hungary, and we believe that this is the lead to the perpetrators," police spokesman Hans Peter Doskozil told a news conference.

The vehicle was found on the emergency lane of the highway in Burgenland state, police spokesman Hans Peter Doskozil said at a press conference with Interior Minister Johanna Mikl-Leitner. The lorry had come to Austria from Hungary.

"This tragedy affects us all deeply," Mikl-Leitner said.

"Human traffickers are criminals. Anyone still thinking that they're kind helpers cannot be helped."

It was not immediately clear how the migrants died or how long they had been there.

Migrants have been trying to reach the European Union by sea and land as they flee conflict in Africa, Asia and the Middle East.

Asylum seekers from Syria, Sudan, Afghanistan, and Eritrea have made Calais a place in which they hope to use as a crossing point from France to the United Kingdom, whereas French authorities have been restricting their stay in the city while at the same time are demolishing their camps.

Refugees seeking to reach the U.K., sneak on to trucks travelling to Britain, or use the Channel Tunnel. However, on the road to a safer haven, many of them unfortunately die in those very same trucks.

European leaders have been tackling the refugee crisis both within Europe and along its borders, however the failure in coming up with effective policies has left the problem unsolved. The tragedy of refugees drowning in the Mediterranean Sea on their way to European shores has been coupled with the migrant deaths in places like Calais, France, within the borders of Europe.

Meanwhile, German Chancellor Angela Merkel and Balkan leaders met on Thursday in Vienna to seek how to tackle together the biggest migration crisis to hit Europe since World War II.

Ahead of the conference, Austria's Foreign Minister Sebastian Kurz warned that his country would consider introducing tougher anti-migration measures including "much tighter border controls", if the EU failed to come up with a unified response.