No food, school or medical care: UK’s Surrey experiences a day in the life of a Syrian refugee 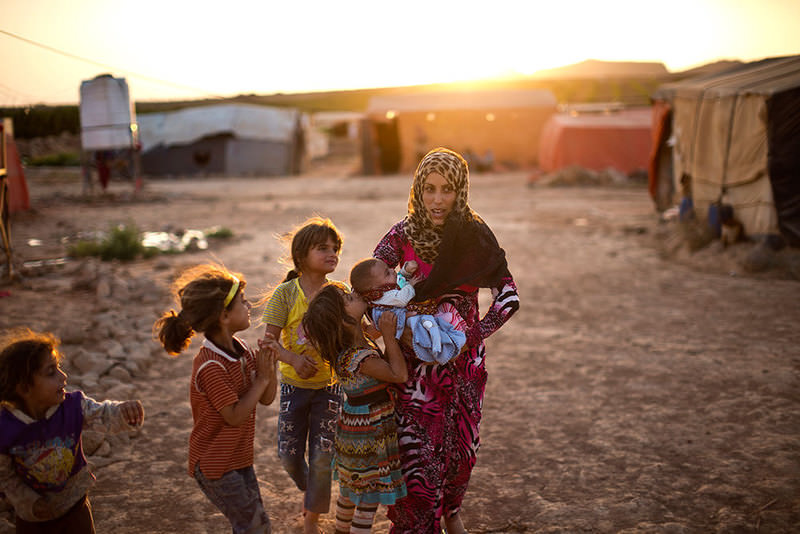 
The U.K.'s southeastern Surrey province got 'a taste of life under siege' when their everyday basic services were cut off without notice for a social experiment aiming to draw attention to the humanitarian crisis in Syria.

In the social experiment by charity Save the Children and with the help of Surrey police and actors, hidden cameras were used to capture genuine public reactions to living Syria's harsh reality for just a day.

People from Surrey were shocked, angry and horrified when the shops were out of basic stocks like bread and milk; schools were on lockdown and medical care was inaccessible.

One woman exclaimed "Am I living in a parallel universe?" while in a neighborhood shop, reported London24 news website.

Save the Children is currently holding a campaign to provide basic needs, such as food, water and medicine to Syrian children displaced by the civil war.

Although these events are far from what U.K. is used to, this is what 420,000 displaced Syrians 'under siege' experience every day inside Syria.

With more than 11 million people forced to flee their homes, the four-year war in Syria has led to the worst humanitarian crisis of our generation. Save the Children charity stated "More than 10,000 children have been killed and 5.6 million children are in dire need of humanitarian aid. 3.5 million children have been forced out of their homes inside Syria and are now living in inadequate refugee camps or villages." The charity also added that 3 million children were unable to go to school and about 10 million people did not have enough to eat."

Meanwhile, refugees escaping Syria and Iraq's civil wars have been welcomed by Turkish authorities and placed in well-organized camps in Turkey's southern border provinces. Many of the camps have schools, playgrounds for children, and other social amenities, including psychological assistance. Turkey has spent nearly six billion dollars on its refugee programs, while assistance from EU countries was around a meager 450 million dollars.

According to recent U.N. figures, Turkey hosts nearly two million Syrian refugees who have fled the civil war in Syria - which has been continuing for over four years - in 25 camps built by the Prime Ministry of Disaster and Emergency Management Authority (AFAD).

The camps have received several awards and been praised by international visitors for their efforts in providing sustainable services. The largest camp is in the border town of Suruç, located in the southeastern province of Şanlıurfa, which opened in February 2015 and hosts nearly 25,000 refugees.