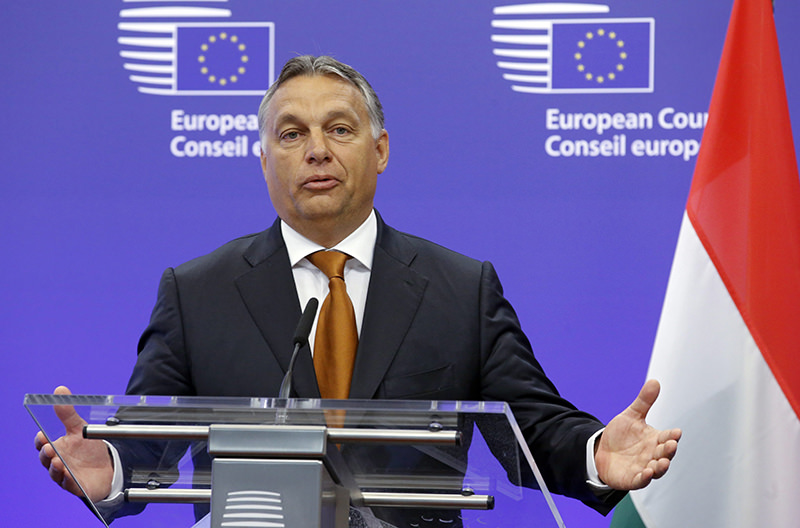 | EPA Photo
by Compiled from Wire Services Sep 03, 2015 12:00 am
The influx of refugees into Europe threatens to undermine the continent's Christian roots and governments must control their borders before they can decide how many asylum seekers they can take, Hungarian Prime Minister Viktor Orban said.

In an opinion piece for Germany's Frankfurt Allgemeine Zeitung, Orban said the people of Europe were at odds with the majority of governments on the refugee crisis. "The people want us to master the situation and protect our borders," he wrote. "Only when we have protected our borders can questions be asked about the numbers of people we can take in, or whether there should be quotas."

Hungary is building a 175 kilometer-long fence along its border with Serbia to keep out an accelerating flow of migrants entering from the south. Orban said his country was being "overrun" with refugees, adding most were not Christians, but Muslims. "That is an important question, because Europe and European culture has Christian roots. Or is it not already and in itself alarming that Europe's Christian culture is barely in a position to uphold Europe's own Christian values?" he asked.

Orban also said yesterday that his country should have in place by Sept. 15 a package of regulations, including a physical barrier, to counter an influx of migrants. "We Hungarians are full of fear, people in Europe are full of fear because they see that the European leaders, among them the prime ministers, are not able to control the situation," Orban said after a meeting with European Parliament President Martin Schulz in Brussels. "I came here to inform the president that Hungary did everything possible in order to keep to the regulations. We have created just now in the Hungarian parliament a new package of regulations, we set up a physical barrier and all these together can provide a new situation in Hungary and in Europe from Sept. 15. Now we have one week of preparation time."