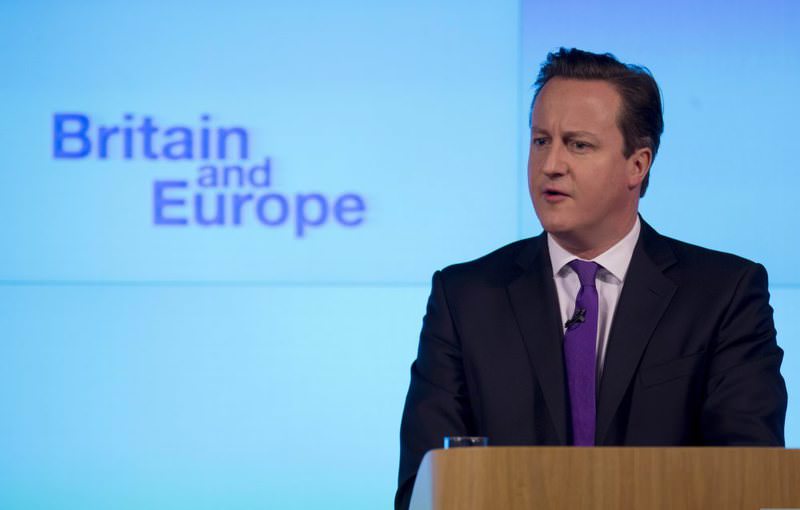 by reuters
Sep 08, 2015 12:00 am
Britons who want to quit the European Union have overtaken those who want to stay for the first time in months, according to an opinion poll published on Sunday, and the anti-EU camp could grow stronger if Europe's migration crisis worsens.

The findings highlight the challenge facing Prime Minister David Cameron as he attempts to prise better membership terms from Britain's EU partners before asking voters to decide in a referendum whether they want to leave or stay. The Survation poll for the Mail on Sunday newspaper found 51 percent of respondents wanted out, while 49 percent were in favour of remaining, excluding undecided voters. The poll found 22 percent of those who wanted to stay said they might change their mind if the migrant and refugee crisis deepened.

The influx of hundreds of thousands of people from countries in war and poverty, especially from Syria, has thrown the EU into disarray and prompted sharp divisions over how to share responsibility between its 28 member states.

Cameron is already struggling to bring down record-high net immigration, much of it from Europe. The issue has fuelled the rise of the anti-EU UK Independence Party, which says the new arrivals are straining public services like housing and schools. For most of last week, Cameron avoided committing to take more refugees from Syria. But on Friday, after a public outcry over images of a drowned Syrian toddler on a Turkish beach, he said he would welcome "thousands more".

The issue overshadowed the prime minister's trip last week to Spain and Portugal, where he had intended to focus his talks on renegotiating Britain's EU membership terms. The referendum on a British exit, or 'Brexit', is due by the end of 2017. Cameron's powerful finance minister George Osborne appeared to link the Brexit and migration issues when he argued on Sunday that Britain's ability to opt out of any EU quota system on sharing out refugees was proof of its advantageous membership terms. "It's a reminder that Britain has a different relationship with the European Union and I think we can make that relationship different still to reflect Britain's particular economic needs," he told the BBC.

Peter Kellner, a leading pollster with survey firm YouGov, wrote that he felt Britons were less likely to vote in favour of continued EU membership as a result of the crisis. But Professor John Curtice of Strathclyde University, a leading authority on polling, told Reuters it was too soon to speak of a sea change in public opinion. "The obvious caution for saying that this represents an adverse reaction to the migration crisis is that back in November 2014, the same polling company using the same methodology... (showed) a bigger majority for getting out," he said. "This is an issue on which public opinion has shifted quite a lot. It's potentially quite volatile and will therefore depend on events, on the negotiations and on the quality of the campaigning."