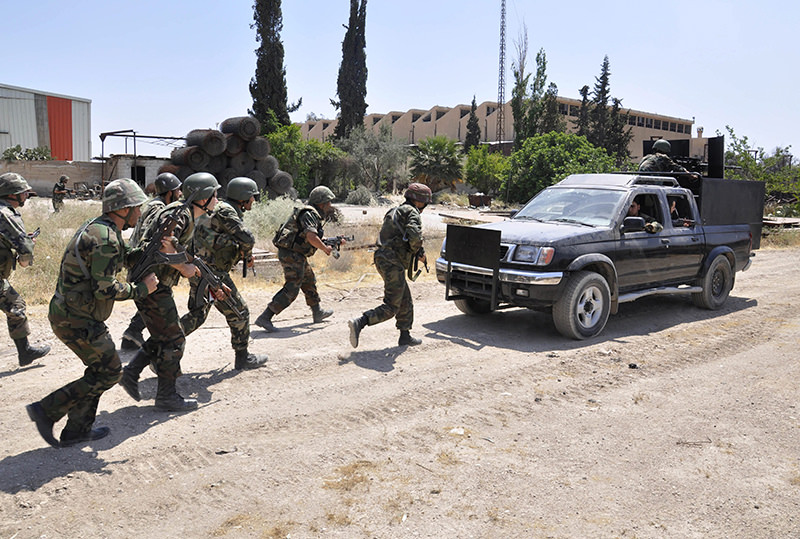 | AP Photo
by Sep 09, 2015 12:00 am
Russia has sent ships, aircraft and forces to Syria, US and Lebanese officials have said on Wednesday.

The sources, speaking to Reuters on condition they not be identified, gave the most forthright account yet from the region of what U.S. officials say appears to be a new military buildup by Moscow, one of Assad's main allies, though one of the sources said the numbers of Russians involved so far were small.

Two U.S. officials said Russia has sent two tank landing ships and additional aircraft to Syria in the past day or so and has deployed a small number of naval infantry forces.

The U.S. officials, who also spoke on condition of anonymity, said the intent of Russia's military moves in Syria remained unclear. One of the officials said initial indications suggested the focus was on preparing an airfield near the port city of Latakia, an Assad stronghold.

The moves come at a time when forces of Assad's government have faced major setbacks on the battlefield in a four-year-old multi-sided civil war that has killed 250,000 people and driven half of Syria's 23 million people from their homes.

Syrian troops pulled out of a major air base on Wednesday, and a monitoring group said this meant government soldiers were no longer present at all in Idlib province, most of which slipped from government control earlier this year.

Moscow confirmed it had "experts" on the ground but denied they played any combat role. Damascus also denied Russians were involved in combat, but a Syrian official said their presence had increased in the past year.

Officials in the United States, which is fighting an air war against the Islamist militant group Islamic State in Syria and also opposes Assad's government, have said in recent days that they suspect Russia is reinforcing to aid Assad.

Washington has put pressure on countries nearby to deny their air space to Russian flights, a move Moscow denounced on Wednesday as "international boorishness".

Moscow's only naval base in the Mediterranean is at Tartous on the Syrian coast in territory held by Assad's government, and keeping it secure would be an important strategic objective for the Kremlin.

Two of the Lebanese sources said the Russians were establishing two bases in Syria, one near the coast and one further inland which would be an operations base.

"The Russians are no longer just advisors," one of them said. "The Russians have decided to join the war against terrorism."


Russia's Foreign Ministry said on Wednesday that Russian military experts were present in Syria, the first official confirmation that the Russian military is on the ground in Syria after weeks of increased talk that Moscow may be growing its presence there.

Maria Zakharova, a spokeswoman for the Foreign Ministry, said the experts were assisting with Russian arms deliveries to Syria which Moscow says are aimed at combating terrorism.

Meanwhile, Greece granted Russia the right to use its airspace for humanitarian flights to Syria on Aug. 31, TASS news agency quoted a Russian embassy official in Athens as saying on Wednesday.

The Russian agency added that the request covered the period from Sept. 1 to Sept. 24.