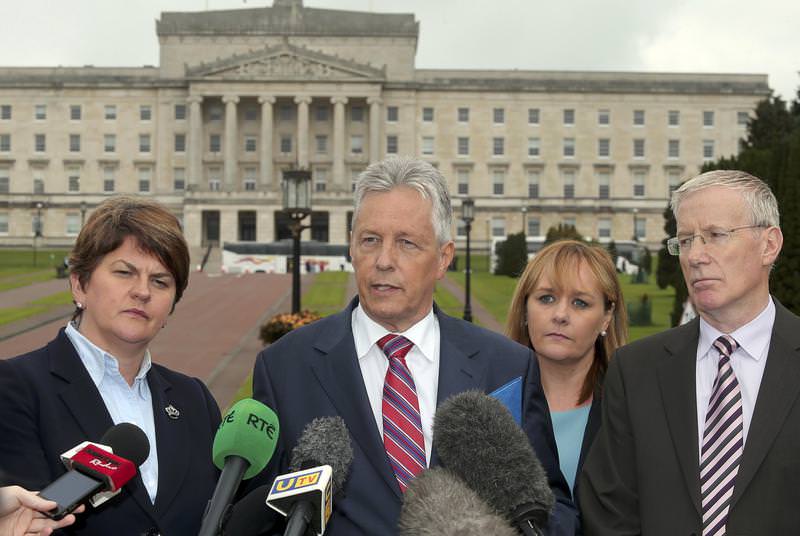 by Compiled from Wire Services Sep 10, 2015 12:00 am
Northern Ireland First Minister Peter Robinson has said he is stepping aside because of an impasse that threatens to bring down the Catholic-Protestant power-sharing government.

The crisis within the government has intensified with police suggestions that Irish Republic Army dissidents were involved in last month's murder of former IRA member Kevin McGuigan.

Several prominent figures have been arrested in recent days, including the party's republican coalition partner Sinn Fein regional chairman Bobby Storey. They remain in custody but have not been charged.

The killing was a suspected revenge attack for the murder of a former IRA commander several months earlier.

Robinson has said his ministers will resign unless adjournment or suspension is reached.

The withdrawal of his ministers would bring down the power-sharing government, a cornerstone of the historic 1998 Northern Ireland peace agreement. A collapse could lead to the return of direct British rule from Westminster.

Downing Street officials said Prime Minister David Cameron is "gravely concerned" by the developments and that he will seek a solution.
Sinn Fein President Gerry Adams called for more talks so that the government could continue to operate.
Last Update: Sep 10, 2015 9:11 pm
RELATED TOPICS