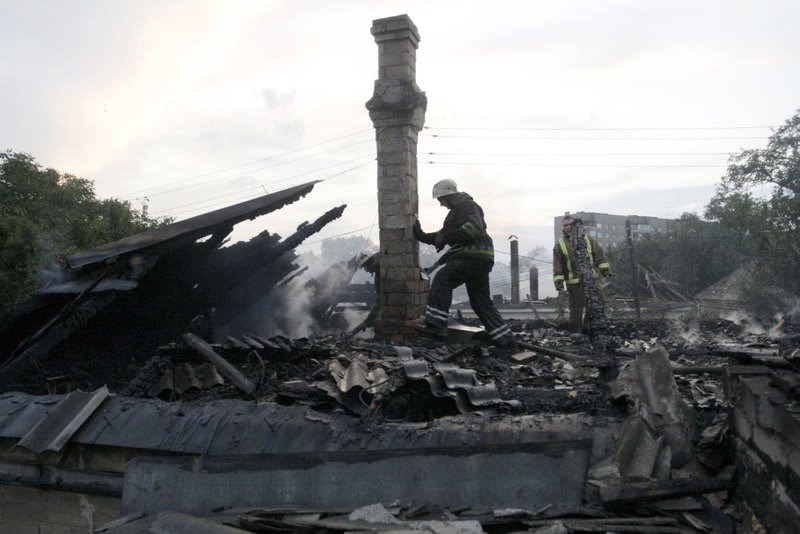 by Associated Press Sep 10, 2015 12:00 am
Civilian deaths and injuries in war-hit eastern Ukraine more than doubled in the three months to mid-August, mostly due to shelling by heavy weapons, the U.N. human rights agency said Tuesday, with almost two-thirds of the deaths occurring in rebel-held areas.

The Office of the High Commissioner for Human Rights stopped short of attributing blame for the at least 105 deaths and 308 injuries of civilians from mid-May to mid-August, saying investigators' ability to conduct research was too limited. The figures were up from 60 civilians killed and 102 injured from February to April, it said.

The report said at least 7,962 people have died in the conflict since fighting broke out between government forces and pro-Russian rebels in April last year. Ivan Simonovic, the U.N. assistant secretary-general for human rights, said the report is the first to distinguish between civilian and combatant deaths, recording the killing of at least 165 civilians due to the conflict since the Feb. 15 cease-fire agreement.

He told a briefing at U.N. headquarters in New York that he would be visiting Ukraine in 10 days to discuss the new methodology modeled after U.N. casualty assessments in Afghanistan with the government and the armed groups. "I am convinced that making data available that helps establish accountability for civilian casualties can help prevent future killings and provide greater protection for civilians," Simonovic said.

He painted a grim picture of Ukraine today an increasingly polarized society with a "steady trend of hostilities," a 23.5 percent drop in real income and a 40.7 percent increase in prices for basic commodities since the beginning of the year. Simonovic said it's of "the utmost importance" that the cease-fire agreement is fully implemented to end hostilities and save civilian lives.

The report noted a lack of large-scale offensives since a cease-fire was struck in Minsk, Belarus, in February, but said that exchanges of fire continue and pledges to pull back heavy weapons from the "contact line" have been only partially applied. It estimated that 67 of the civilian deaths occurred in rebel-controlled areas between May and August, though it could not pin responsibility for them on any specific group.

The biggest cities and towns in eastern Ukraine, like Donetsk and Lugansk, are on the rebel side. The report warned of more civilian suffering to come as the winter approaches.

Humanitarian shipments to rebel-held areas have been curtailed since July because of new rules imposed by the rebels that require aid groups to register before they can operate there. The U.N. is concerned that 1.4 million Ukrainians are internally displaced or have become refugees.

Ukraine's government "is doing its best" when it comes to instituting constitutional reforms, rule of law and the administration of justice in line with U.N. norms, said Gianni Magazzeni, who heads OHCHR's branch for the Americas, Europe and Central Asia. The report faulted the government for cases of arbitrary detention "often accompanied by torture and ill-treatment of detainees" and blocking the delivery of cargo, including food and medicine, into rebel-held areas. "All parties to the conflict are engaging in violations of international humanitarian law," he said. "It is terrible that civilians are so dramatically affected by this situation."
RELATED TOPICS