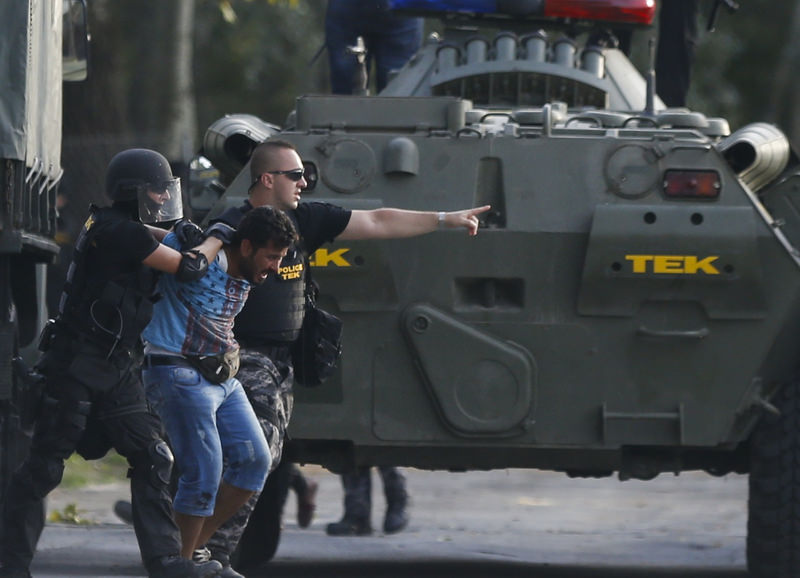 Hungarian riot policemen take hold of a migrant in Roszke, Hungary September 16, 2015. (REUTERS Photo)
by Compiled from Wire Services Sep 16, 2015 12:00 am
Three Hungarian military Humvees mounted with guns approached the border with Serbia on Wednesday near a crossing where police clashed with migrants trying to enter, shortly after Hungary shut its main border crossing into Serbia.

Serbia's foreign ministry had previously announced that Hungary had closed traffic over the main border crossing between the two countries.

A statement Wednesday said the Horgos crossing will remain "temporarily, partially closed for thirty days." It adds that Hungary said the situation at the border crossing "is endangering public security in Hungary."

Hundreds of people trying to reach the European Union have been trapped in the border area after Hungary closed its border with Serbia on Tuesday to stem the influx. Hungarian police on Wednesday used tear gas, pepper spray and water cannons against crowds trying to push through a border fence.