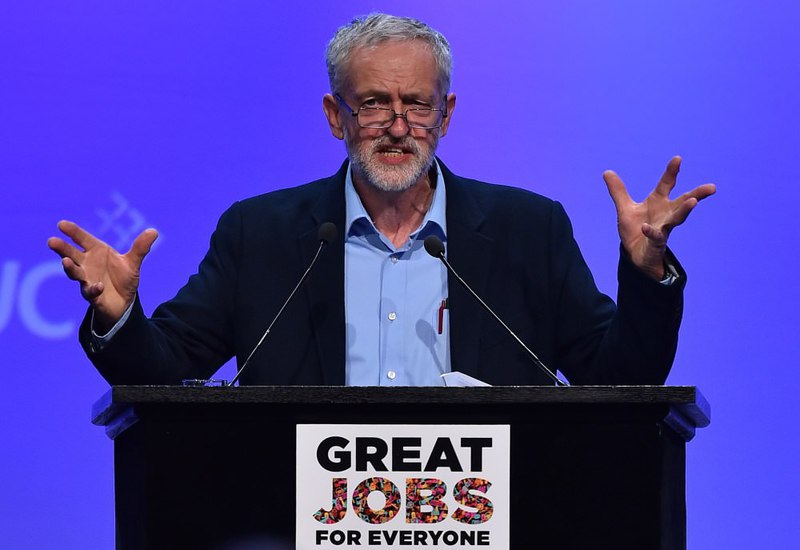 by Daily Sabah with Wires Sep 22, 2015 12:00 am
A senior serving general has reportedly warned that if a government headed by opposition leader Jeremy Corbyn tried to downgrade the army, it could face "a stage mutiny" from the armed forces, The Independent reported on Sunday.

Speaking to the Sunday Times, the unnamed general said, "the armed forces would begin publicly challenging the Labour leader" if he attempted to emasculate and shrink the size of the armed forces, such as pulling Britain out of NATO, according to The Independent.

The source said, "The army just wouldn't stand for it. The general staff would not allow a prime minister to jeopardize the security of this country and I think people would use whatever means possible, fair or foul to prevent that. You can't put a maverick in charge of a country's security."

"There would be mass resignations at all levels and you would face the very real prospect of an event that would effectively be a mutiny," he said. The Independent reported that the general, who also served in Northern Ireland during the troubles, said Corbyn's refusal to condemn the Irish Republican Army (IRA), which killed hundreds of troops, sickened many soldiers. Corbyn suffered a bitter backlash on social media after he announced his shadow cabinet.

A senior Labour source told The Independent, "It does seem like quite an extraordinary statement," but Corbyn's spokesman said the Labour head would not comment on the remarks. Most contentious, was the naming of shadow finance minister of Corbyn's hard-left ally John McDonnell, who called for members of the militant IRA to be honored in 2003. McDonnell apologized for the comment in one of his first media appearances after the appointment last week.

Corbyn, a veteran anti-war campaigner, has long been a supporter of a Campaign for Nuclear Disarmament and he has campaigned for Britain to quit NATO. Furthermore, he is an opponent of the Trident nuclear deterrent, warning that it is a dangerous system. However, Hilary Benn, Labour's shadow foreign secretary, said Labour would not scrap trident or withdraw from the military alliance.

According to the Huffington Post, Benn said: "My view is that we need to maintain an independent nuclear deterrent. We live in a different dangerous world now. We need a continuous at-sea deterrent. We need to do it in the most cost effective way and that is the view which the Labour party, including the Labour party conference has taken for many years.""

Meanwhile, Corbyn's position on Syria airstrikes targeting ISIS has divided the party. Senior members of the shadow cabinet said Corbyn would face a revolt over the airstrikes. Half of Corbyn's top team of ministers-in-waiting were prepared to back a call from Prime Minister David Cameron to sanction bombing against ISIS militants in Syria if Cameron comes up with a coherent plan, the Sunday Times said. Benn said Labour would examine any proposals to try to bring an end to the fighting.

Jeremy Corbyn won the support of nearly 60 percent of the party who voted in the leadership election on Sept. 12. He has faced a barrage of criticism from some parts of the media in recent days over his political stance, which is far to the left of the former Labour governments of Tony Blair and Gordon Brown. He has come to the forefront in his second week in office with his refusal to sing the national anthem and controversy over his new shadow cabinet.

Cameron was not very welcoming of the Labour Party's new leader. "The Labour Party is now a threat to our national security, our economic security and your family's security." Cameron said in tweet, harshly criticizing another party's newly elected leader despite his duty as the prime minister.
RELATED TOPICS