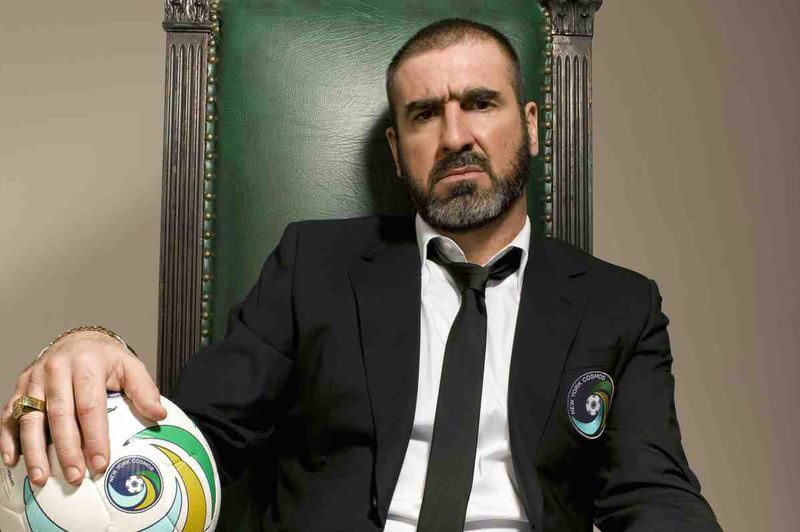 by Daily Sabah with AFP Sep 23, 2015 12:00 am
Former Manchester United star Eric Cantona evoked the memory of his own grandparents fleeing war when promising on French radio Tuesday to house and feed refugees for a period of "at least" two years.

"I'm organising that with authorities in Marseille," Cantona told France Inter radio, explaining he intended to provide a small house, garden and food for a period of at least two years.

"If you house someone who does not have the right to work, then they need to eat too," said the enigmatic former France captain.
Cantona explained that his own family history had inspired his decision.

"My maternal grandparents were Spanish Republicans who fled Franco (in the Spanish civil war) by crossing the Pyrenees on foot," he said. "That being our story, it certainly played a role."

Eric Cantona, had previously made comments on the Charlie Hebdo attack in Paris, France, which had drawn media's attention.

"What I want to say is that today, what just happened [in Paris] doesn't have to be used against Islam. Fanaticism is everywhere, but it concerns just a minority of people. The rest are just simple Catholics, Buddhists, Muslims," Cantona had said during an interview with Euronews promoting his new documentary film "Football and immigration – a 100 years of common history."

Cantona, who retired from football in 1997, had said that the Muslim world as a whole should not be blamed for the current tragic events in Paris and that he is convinced Muslims around the world condemn the terrorist attack.

"It's important not to say that a Muslim is "moderate", if he's just a citizen like you or me. What does "moderate" mean anyway? Does it mean that Islam is an extremist religion? This is a latent provocation, you see? And it's very dangerous. We don't have to paint everybody with the same brush. That's the danger I think," Cantona had added.

The football legend also added that people are falling into despair due to the economic crisis and bad living conditions, which could lead to involvement into extremism.

The man credited with sparking Manchester United's period of dominance in English football has carved out a successful second career as an actor since hanging up his boots.

He is currently performing in the stage play 'Victor' at a Parisian theatre and also stars in the movie 'Rois du Monde' (Kings of the World) directed by Laurent Laffargue, which is released in France on Wednesday.
RELATED TOPICS