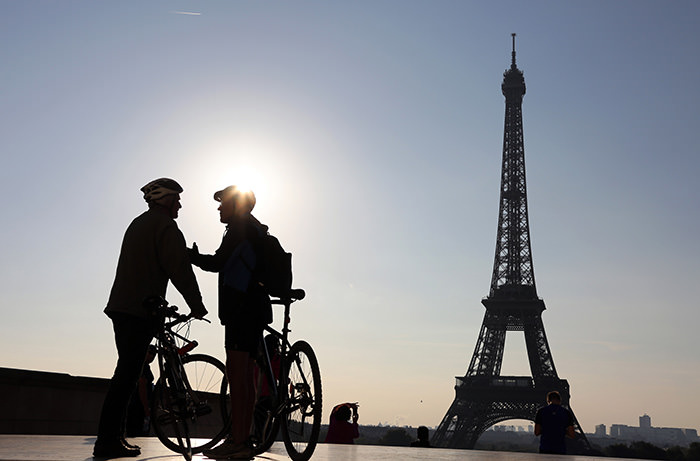 From 11 am to 6 pm, cars were banned in many Parisian neighborhoods.

The initiative is an effort, led by Mayor Anne Hidalgo, to cut pollution in the traffic-clogged metropolis two months before it hosts an international summit on climate change.

Hidalgo said she wanted to show that the city could function without car traffic. Emergency vehicles and some delivery automobiles are still allowed, but police control points have been set up to enforce the ban for the rest.

The French capital has relatively little bicycle traffic in comparison to other European cities, but plans to expand bike lanes extensively over the next five years.

With pollution and haze a consistent problem, Paris has banned cars in the past as an emergency measure. A 24-hour ban, affecting automobiles bearing a licence plate ending in an even number, went into effect in March after a week of heavy smog.

Airparif, a company that measures pollution in France, said at the time that there was a high level of particulate matter in the air and put the city's pollution index at 78 out of 100. The same index was forecast to be 4 on Sunday.
Last Update: Sep 28, 2015 9:54 am
RELATED TOPICS