Putin calls US support for Syria rebels 'illegal', ahead of Obama meeting 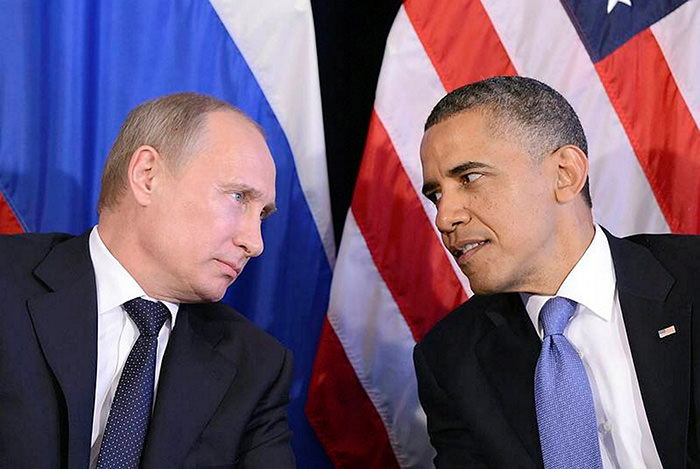 In an interview with U.S. networks recorded ahead of a meeting with U.S. President Barack Obama, Putin said Syrian President Bashar al-Assad deserved international support as he was fighting terrorist organisations.

Obama and Putin are scheduled to talk on Monday after Putin addresses the United Nations, although White House and Kremlin officials have disagreed on what the two leaders will discuss and even who initiated the meeting.

"In my opinion, provision of military support to illegal structures runs counter to the principles of modern international law and the United Nations Charter," he said in an excerpt of an interview with U.S. television networks CBS and PBS released by the Kremlin.

Russia has stepped up its military involvement in Syria in recent weeks, with U.S. officials accusing Moscow of sending combat aircraft, tanks and other equipment to help the Syrian army.

Russia's sudden military build-up this month in support of Assad and a refugee crisis that has spilled over from the region into Europe have lent new urgency to attempts to resolve the Syria conflict.

The new U.S. tack on Syria could bring together Russia, Saudi Arabia and countries such as Turkey and Qatar, which support Syrian opposition groups.

U.S.-Russian relations have slumped to a post-Cold War low over the Ukraine crisis, though the two sides shares concerns about the threat posed by ISIS, while disagreeing on the approach.

Putin says Damascus should be included in international efforts to fight (IS), a demand the United States rejects, and he criticized U.S. plans to train up to 5,400 Syrian rebels to fight ISIS.

"It turns out that only 60 of these fighters have been properly trained, and as few as four or five people actually carry weapons," he said. "The rest of them have deserted with the American weapons to join ISIS," he said.

Critics have urged Obama to be more decisive in the Middle East and Syria, where the United Nations has said 250,000 people have died after four years of conflict, and say lack of a clear American policy has given ISIS opportunities to expand.

Putin said Russia's support for the Assad government was based on the U.N. Charter.

"We have been providing assistance to legitimate government entities only," he said. "As of today it has taken the form of weapons supplies to the Syrian government, personnel training and humanitarian aid to the Syrian people," he added.
Last Update: Sep 27, 2015 4:13 pm
RELATED TOPICS