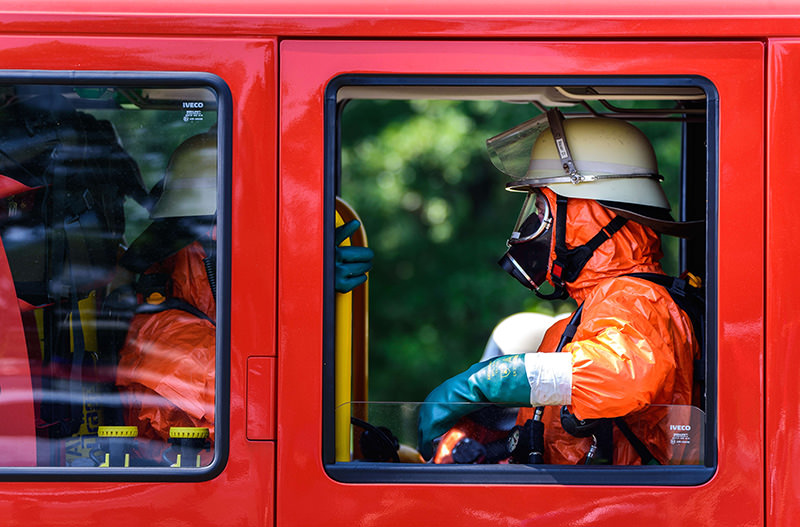 Fireworkers with protective gear sit in a fire engine at Engelmannsreuth near Bayreuth, southern Germany, on Aug 11, after US F-16 fighter jet crashed in forest close to village (AFP photo)
by German Press Agency - DPA
Oct 07, 2015 12:00 am
A minor forest fire at the weekend in the southern German state of Bavaria was ignited by none other than the state's forestry minister, his agency admitted Wednesday after days of local media running headlines on the matter.

Helmut Brunner - whose job had him making frequent appearances this summer warning about the dangers of forest fires - admitted that he accidentally started the fire Saturday when he burnt yard waste and then dumped it in a forest near his farm.

Unfortunately, there were still some embers in the waste, which ignited into a full-blown blaze hours later, the ministry stated. Brunner himself alerted fire crews.

Because of heightened fire dangers in the area, a half dozen fire companies responded to the blaze, which led to no damage.

"I completely underestimated the dangers. This is very embarrassing for me. You can never be careful enough," the minister told state broadcaster Bayerischer Rundfunk.
Last Update: Oct 07, 2015 5:46 pm