Germany alarmed by ‘massive’ increase in attacks on asylum seekers 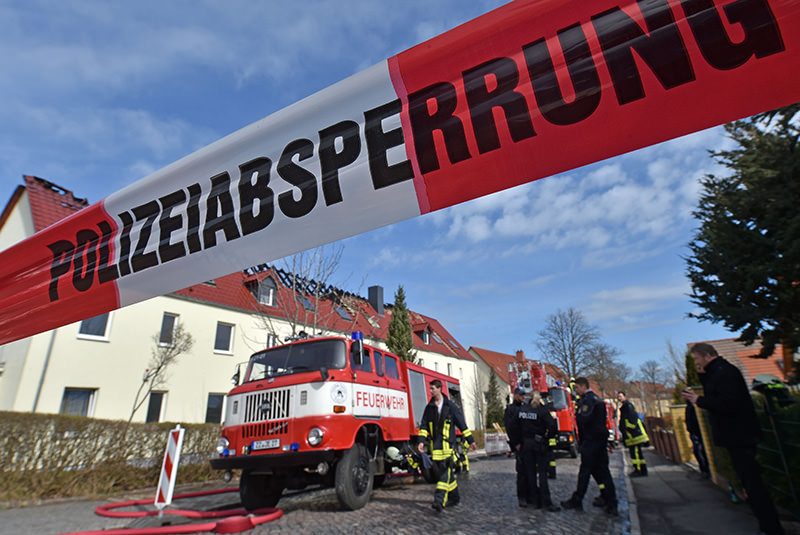 Picture taken on April 7, 2015 shows members of fire brigade working at the scene of a fire in a house planned to host a asylum seekers home in the small town of Troeglitz, Germany (AFP photo)
by Anadolu Agency Oct 09, 2015 12:00 am
Germany's interior minister warned Friday of a "massive" increase in attacks on asylum seekers as the country accepts more refugees than any other EU member.

"We are witnessing a massive increase in xenophobic attacks on asylum seekers," Thomas de Maiziere said in an interview with the Berliner Morgenpost newspaper. "This year, more than 490 criminal attacks have been committed against asylum centers."

The figure is a huge leap on the numbers of attacks on shelters for refugees in previous years. Germany expects 800,000 asylum applications by the end of the year.

De Maizire said he was deeply concerned by anti-immigration campaigns by right-wing groups and political parties.

"We have analyzed the profiles of identified suspects and the result is shocking," he said. "One-third of these suspects are already known to police as right-wing extremists due to their previous criminal records. But two-thirds of the suspects are ordinary people with no criminal record at all. This growing trend towards violence is worrying."

The minister called on politicians and the authorities to take a strong stance against violent protests and crimes against refugees.

"We should clearly tell them that what they are doing is unacceptable," he said. "They are crimes that include bodily harm, murder attempts, arson attacks. That is a shame for Germany."

He also demanded stronger action against abusive language and hate-speech.

Germany is shouldering the largest part of Europe's refugee crisis and the surge in asylum applications has been exploited by far-right and populist parties with weekly rallies against immigration across Germany.
Last Update: Oct 09, 2015 1:22 pm
RELATED TOPICS