UN urges EU to speed up refugee response in winter 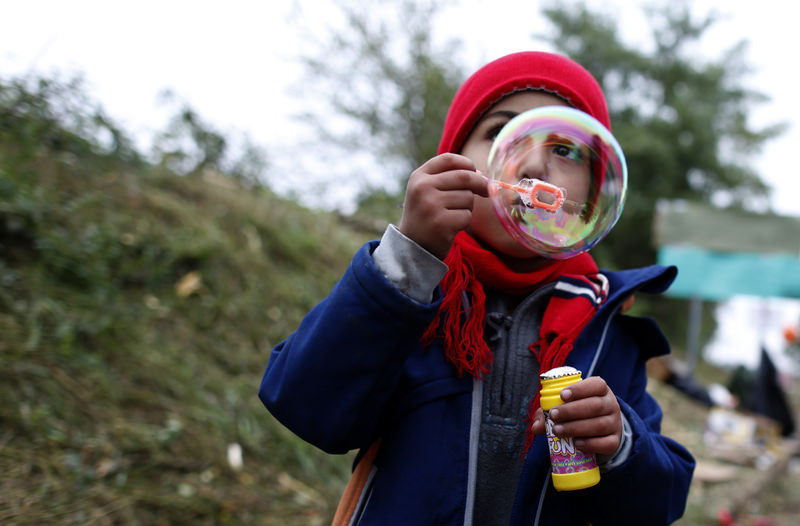 by Daily Sabah with Agencies Oct 12, 2015 12:00 am
The U.N. refugee chief urged the EU to speed up its response to Europe's migrant crisis, warning of a looming tragedy if thousands of people are caught on the move when winter hits.

Nineteen young Eritreans made up the first group to be relocated, leaving Italy for Sweden Friday. But Guterres warned that crisis-wracked Greece, which has seen more than 440,000 arrivals this year, would have a far harder time creating the reception and processing facilities needed to ensure a calm and organized relocation process. "This is not something that we can ask Greece to do by itself," he said, insisting, "It is only by a massive investment by the European Union that Greece (will be) able to do it."

Without more support, Guterres warned that Greece would be unable to create a system that could effectively address the problem. "If the system is not powerful enough for the numbers coming and is not credible enough for the people coming, what will happen is that the people will go on moving by their own means through this chaotic situation that we have today," he warned, pointing out that such a scenario "is totally unacceptable and very risky." "With the kind of weather that you have in the Balkans, this can be a tragedy at any moment," he said.

Last week, the Red Cross also warned that vulnerable refugees arriving in the Western Balkans are facing the onset of heavy rains and cold weather, with many unprepared for bitter winter conditions. Average temperatures in winter months in the region frequently fall below freezing, posing health risks for people who have already traveled thousands of miles, often with limited access to food and basic necessities. "The arrival of winter will push people's coping skills to their limits," Simon Missiri, acting director for Europe of the International Federation of Red Cross and Red Crescent Societies (IFRC), said in a statement last week. Vesna Milenovic, head of the Red Cross in the country said: "We need more support to be prepared for winter. We are distributing raincoats and stocking winter relief supplies such as thermal foil blankets, thermoses, warm winter clothing and footwear."

Meanwhile, the U.N. and World Bank said Saturday they would increase financing for the Middle East and North Africa to help countries there deal with millions of refugees and rebuild after conflicts.

They did not put a dollar figure on the initiative, but said it would ramp up resources to deal with the "enormous humanitarian and economic toll" that conflicts in Syria, Iraq, Yemen and elsewhere are taking on the region. "The world today is witness to ... the highest level of forced displacement since World War II," U.N. Secretary General Ban Ki-moon said in a statement, adding: "To address the scale and the nature of the conflicts, we need new approaches. It is important that the World Bank, as a close partner to the U.N., and other international financial institutions, mainstream and actively invest in conflict-affected states." The new loans will come in two forms, said the organizations, which are also collaborating with the Islamic Development Bank on the plan.

More than 600,000 people have flooded into Europe so far this year, mainly arriving by boat in Greece and Italy. More than 3,000 have died over the same period, trying to cross the Mediterranean to Europe. Several rights groups, international organizations and world leaders have been repeatedly emphasizing the necessity of international collaboration and a comprehensive response to the crisis.
RELATED TOPICS