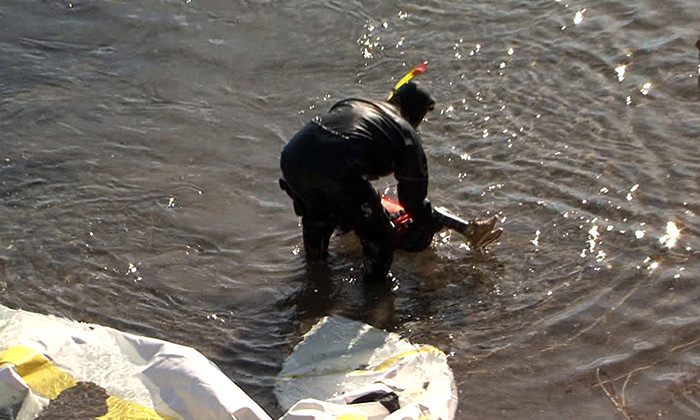 |EPA Photo
by daily sabah
Oct 16, 2015 12:00 am
A Greek Coast Guard ship has collided with a boat smuggling a group of Syrian refugees from Turkey on Friday, causing the boat to capsize in three minutes and the refugees aboard to drown.

As a result of the collision, three adults and three infants on board were found dead, and another person has been reported as lost.

A body of a baby girl, whose names was not released, was found by the Greek coast guards.

31 refugees were also rescued by the coast guards and an investigation has been launched by the Greek authorities.

The recent incident has brought to mind the harrowing pictures of three-year-old Syrian refugee Aylan Kurdi, whose body was found washed up on a Turkish beach after the boat carrying his family to Kos sank.

The image has caused an outpouring of emotion around the world, pressuring European leaders to step up their response to the refugee crisis.
Last Update: Oct 16, 2015 2:31 pm